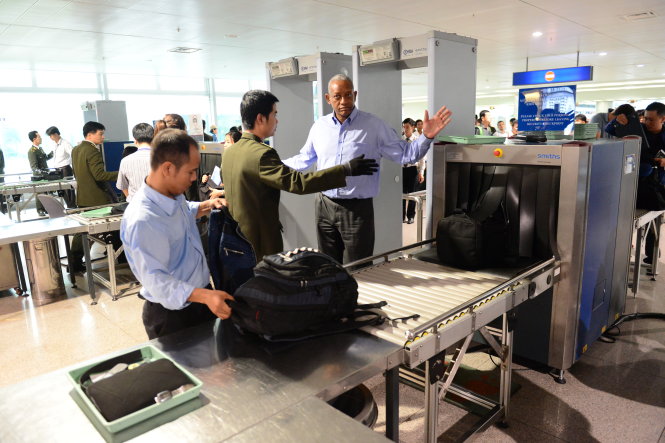 Vietnamese Transport Minister Dinh La Thanh has formed an inspection team to look into the blackout that hit the country’s largest airport last week, the head of the national aviation watchdog said Monday.

The team will inspect the Ho Chi Minh City Area Control Center (ACC), which oversees flights to and from Tan Son Nhat International Airport – which handles about 20 million passengers a year – according to team leader Lai Xuan Thanh, head of the Civil Aviation Authority of Vietnam (CAAV).

The inspectors will clarify the cause of the blackout and determine who should be held responsible, and make it clear whether it was sabotage, Thanh said.

Ninety-two flights, including 54 within the city’s flight information region at the time of the outage, were affected when the power at the ACC cut out on November 20.

At a press meeting in Hanoi the same day, Dinh Viet Thang, general director of the Vietnam Airport Traffic Management (VATM), said the power loss was caused by human error by the team working at the center at the time of the incident.

The Southern Airports Corporation, a VATM subsidiary, operates the ACC.

The shift leader and the technician in charge of the power sources are now to blame, Thang said, citing a preliminary investigation report.

“The power supply is designed to have a reliability ratio of 99.99 percent, which means it will never be disrupted except under improper intervention by humans,” he pressed.

At 11:00 am on November 20, the power supply system at the ACC underwent a regular check by technicians from the Southern Airports Corporation, according to Thang.

Power from the national grid was disconnected, and the ACC was then powered by the three generators.

“Under the proper procedure, the failed UPS must be isolated from the power supply system, but the shift leader, Le Tri Tinh, turned it off before doing so, which led to the failure of the other two UPS’s,” Thang said.

After the power was cut, instead of reconnecting the system with the national grid (which had been turned off for the check) to power the air traffic control system, the technicians focused on repairing the UPS’s.

The ACC’s power system was only reconnected to the national grid 14 minutes after the incident occurred, Thang said.

But Tinh made another mistake with the UPS, which disrupted electricity for the air traffic control system again.

CAAV chief Thanh earlier told reporters the power failure lasted from 11:05 am to 12:19 pm, after the UPS that powered the ACC shut down.

Thanh also said the VATM is not obliged to compensate airlines affected by the blackout as it is not stipulated by both Vietnamese and international aviation laws.