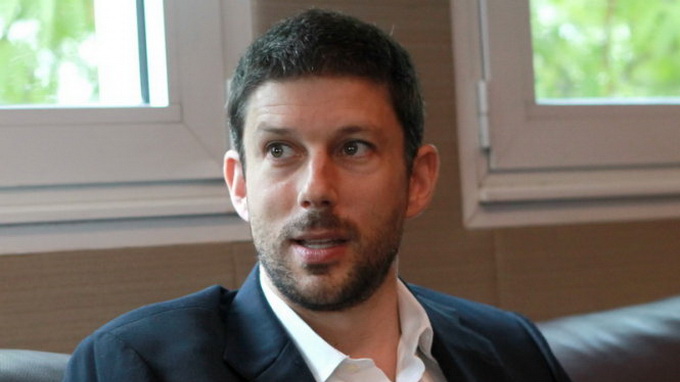 A regional manager of Uber said Thursday the San Francisco-based company and its partners are operating legally in Vietnam as they have already registered their business with local authorities, shortly after a local transport official told it to obtain a business license.

In Vietnam and other countries where it operates, Uber always registers its business with the local government, and all of the Uber cars are regulated as per the Vietnamese transport law, Mike Brown, general manager – Southeast Asia with Uber, told Tuoi Tre (Youth) newspaper in Hanoi.

Brown added that all drivers partnering with Uber have to undergo strict tests to ensure quality and safety in accordance with the company’s standards.

The Uber official talked to Tuoi Tre one day after Khuat Viet Hung, deputy chairman of the National Traffic Safety Committee, said the company must apply for a business license to legally operate in Vietnam.

“Obtaining a business license in Vietnam will ensure Uber is operating as per local laws and that the rights and interests of the company as well as its customers will also be protected by law,” he told reporters in the capital city.

Uber says it is a technology firm that connects passengers and drivers via a smartphone app.

It is grabbing national headlines as it has won over many passengers for its fast and cheap rides, while authorities are confused about its legality.

Uber customers use the app to request rides and track their reserved vehicle's location, with information including the fare and estimated arrival time made known before they get in the car.

The complete fare is automatically billed to the customer's credit card at the end of a ride, with the car owner receiving 80 percent, whereas the remaining amount goes to Uber.

The firm started offering services in Vietnam on July 31, with car rides now available in both Hanoi and Ho Chi Minh City.

Brown refused to elaborate on the specific number of Uber cars in the two cities, saying only that their local partners – which are not individuals but organizations – are numerous and counting.

Tens of thousands of passengers are using Uber’s services in Hanoi and Ho Chi Minh City on a daily basis, as they have trust in the clean vehicles, friendly drivers, and clear fare and arrival time, according to the regional manager.

Asked about the complaint by the Ho Chi Minh City Taxi Association that Uber creates unhealthy competition against its cabs, Brown said the company has never worked with any taxi operators on cooperation.

He also dismissed reports that five Uber cars in the southern metropolis have been fined for operating without a transport business license.

This was only an administrative check that ended with no arrest or fine, Brown pressed.

The Uber executive said all payments in the service are done via bank transfers, which is more transparent than cash payment and makes tax evasion impossible.

In the latest development, the Hanoi Transport Association has filed a complaint to the Ministry of Transport asking for Uber operations to be suspended in Vietnam until there is a clear legal framework to regulate the service.

“Uber is not a transport company, and its function – connecting passengers and drivers – is not regulated by the Vietnamese road traffic law,” the association said.

“Its service does not meet the conditions to offer transport service, which are to have a business registration and a transport business license.”

Uber is facing the same regulatory hurdles in at least two other Southeast Asian countries, Thailand and Singapore.

Thai transport minister Prajin Juntong said in a statement on Monday that the government would ask Uber to cease its operations there because it uses private cars that lack fare meters, among other issues, according to the Wall Street Journal.

Uber’s legitimacy is also being scrutinized in Singapore, while the company last week had to suspend operations in Nevada, a U.S. state, after a judge issued an injunction against it.

In Nevada, Uber had been accused of competing unfairly with taxis because it does not follow the same rules regarding drivers, insurance and others, the Wall Street Journal reported, adding that regulators in Brussels, Belgium, are readying new laws that would allow Uber and taxis to co-exist, while France will possibly impose a ban on Uber next week.

Uber CEO Travis Kalanick announced on the company's blog on Thursday that it had just raised a financing round of US$1.2 billion, which will allow Uber to “make substantial investments, particularly in the Asia Pacific region.”

The ridesharing startup has raised $2.7 billion since its founding in 2010, according to Business Insider.