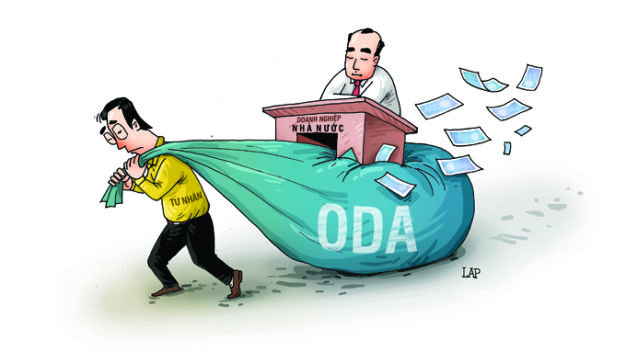 Vietnam spent VND693 trillion (US$33.13 billion) on clearing foreign debts in 2013, the Ministry of Finance recently said in its third public debt bulletin.

Foreign debt repayment was VND154 trillion ($7.25 billion) higher than in 2012, according to the semi-annual document, which reports the country’s public debt.

Vietnam’s public debt/GDP ratio reached 54.2 percent in 2013, up from 50.8 percent a year earlier, according to the bulletin.

The government is expected to earmark 14.2 percent of the total budget collection for debt repayment this year, according to the ministry.

All of the figures are below the safe limits approved in a National Assembly resolution, the ministry noted.

The Southeast Asian country this year borrowed VND77 trillion ($3.62 billion) to restructure some of its loans to have longer terms but lower interest rates.

In Vietnam public debt includes money owed by state-owned enterprises and local and central governments, while government debt covers loans the government directly takes or indirectly secures for other entities, according to Dr. Vu Thanh Tu Anh, lecturer of economics and director of research at the Fulbright Economics Teaching Program in Vietnam.

The first public debt bulletin was released in February 2013, and the second in October the same year.