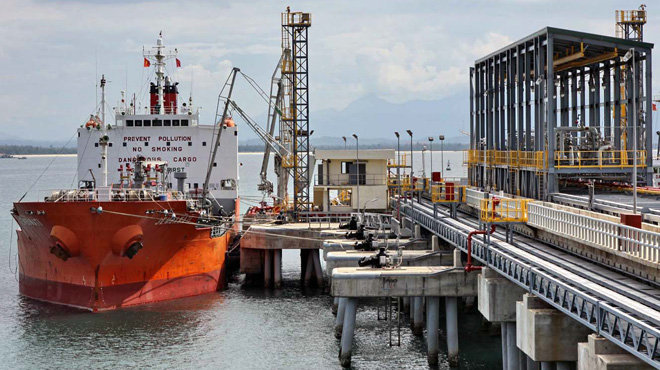 The project, to be invested by the state-run oil and gas conglomerate Vietnam National Oil and Gas Group (PetroVietnam), has previously received the appraisals from the Ministry of Industry and Trade and other relevant ministries.

According to report, the upgraded project, worth around US$1.8-2 billion more, will have a capacity of about 8.5-9 million tons of crude oil per year compared to the current 6.5 million tone, and will take 60- 78 months to be completed.

The Prime Minister also agreed that PetroVietnam will carry out the project in parallel with the negotiations with Gazprom Neft (GPN) on the transfer of stake in the project to its Russian partner.

The authorities of Quang Ngai Province, where the project is located, will have to consider granting the investment certificate for the project in accordance with regulations.

The Prime Minister also asked PetroVietnam and the government of the central province to unify on the detailed schedules of compensation and resettlement for local residents who will be displaced by the project, land clearance and capital disbursement plans.

On October 31, Nguyen Hoai Giang - Chairman of the Board the of directors of Binh Son Refining and Petrochemical Co., Ltd. (BSR), the managing unit Dung Quat Oil Refinery - said Deputy Prime Minister Hoang Trung Hai had asked PetroVietnam to complete the report on the upgrade and expansion of the oil refinery to submit to relevant state agencies.

The Deputy Prime Minister also directed PetroVietnam to clarify the urgency of the project, with assessments, analysis and calculations and about effectiveness of many different plans to upgrade and expand the facility.

The report must be submitted on time so that relevant state agencies will have time to reassess it before handing over to the PM for final approval.

According to Giang, the feasibility report of the project was done by Japanese contractor JGC back in December 2013.

But after that, as Russian Gazprom Neft jumped in and showed intention to buy shares of the plant, the project had a number of changes. Gazprom Neft is a subsidiary of Russian natural gas exporter Gazprom, which owns about 96 percent of its shares.

So, JGC conducted some additional contents for the report and submitted to PetroVietnam in August 2014.