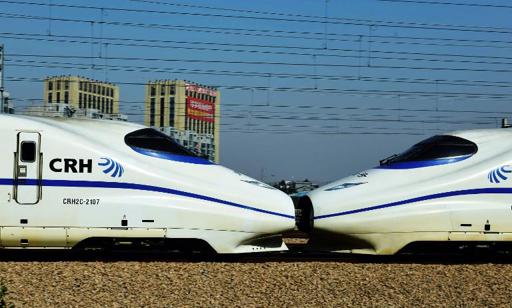 The Chinese state firm which led a cancelled bid for a $3.75 billion high-speed rail contract in Mexico plans to tender for the project again, a Chinese government agency said Wednesday.

Mexico in early November abruptly cancelled a successful bid from a Chinese-Mexican consortium just days after it was awarded, amid questions over the legality and transparency of the process.

China Railway Construction, which led the previous bid, will re-enter the bidding which starts on January 14, said the State-owned Assets Supervision and Administration Commission (SASAC), which manages state firms.

"China Railway Construction has expressed it will participate again in the tender," SASAC said in a brief statement on its verified microblog, without specifying whether the other companies in the original consortium would join.

The Chinese-Mexican group was the sole bidder in the final round, although 16 firms including industry giants Mitsubishi of Japan, Alstom of France, Bombardier of Canada and Siemens of Germany had initially shown interest.

The winner of the project is expected to build a 210-kilometre (130-mile) high-speed rail line, Latin America's first, between Mexico City and the central manufacturing hub of Queretaro.

The line aims to carry around 25,000 passengers per day at speeds of up to 300 kilometres (186 miles) per hour, reducing the commute between Mexico City and Queretaro from two-and-a-half hours to 58 minutes.

Mexican authorities had said companies would be given six months to submit an offer when bidding reopens.

Stock investors were unmoved by the news. Shares of China Railway Construction closed down 3.66 percent in Hong Kong and fell 1.65 percent in Shanghai, where the company is also listed.