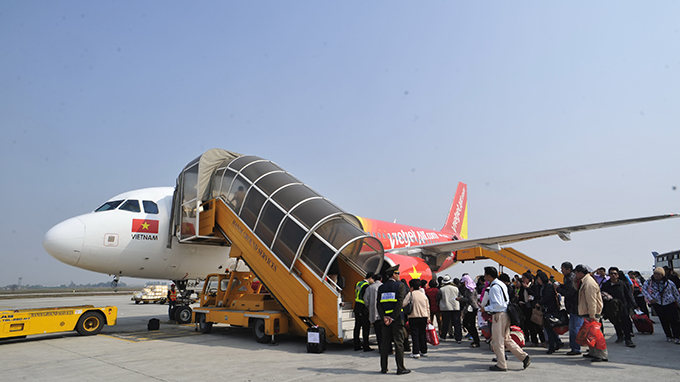 Private carrier VietJet Air (VJA) has planned to launch its initial public offering (IPO) in 2015, and either Hong Kong or Singapore will be where the Vietnamese airline sells shares to the public for the first time.

VJA is currently in the process of selecting a consultant to serve this process, a representative of the private carrier told local newswire VnExpress.

The company expects to gain US$800 million through the IPO, Luu Duc Khanh, CEO of VJA, told the Wall Street Journal (WSJ) in an interview last week. However, he did not reveal the location and time of the offering or the number of shares VJA will sell to the public.

Earlier, in an interview with Bloomberg, the VJA chief officer said the carrier will kick off the IPO after it yields profits, and can select Hong Kong or Singapore as the venue for the public offering.

The proceeds from the IPO will be used for VJA’s new aircraft purchase plan.

With a fleet of 20 Airbus A320s, the carrier has plans to add 6 to 10 such planes per year in the future following a $6.4 billion contract to purchase 63 aircraft from the European aircraft manufacturer in 2013.

Since beginning operations in 2011, the private airline has opened routes to 13 domestic locations and five destinations abroad. The company plans to open more international routes to China, Japan, and Taiwan this year.

The Asia-Pacific region has witnessed many IPOs by the regional airlines.

Others are considering an IPO, such as Indonesia Air Asia and Lion Air, according to WSJ.

Asia continues to be a fast-growing aviation market, with the number of passengers rising by two-thirds in the past five years compared to the preceding five-year period, bringing the total number of regional passengers to about one billion, WSJ reported.