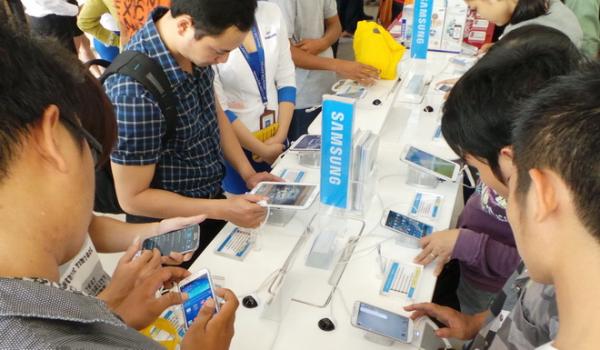 By the end of December 2014, Vietnam had shipped US$23.6 billion worth of mobile phones and parts, the Vietnam Customs said Friday on its website.

Mobile phones and parts expanded by 11.1 percent, or $2.36 billion, from 2013, and topping the list of the Southeast Asian country’s export staples.

It was followed by textiles and garments, which posted $20.9 billion in turnover in 2014, and computers and parts, $11.4 billion, according to the customs statistics.

The EU last year imported $8.45 billion worth of mobile phones and parts from Vietnam, a 3.6 percent increase year on year. The European bloc is Vietnam’s largest mobile phone importer, accounting for 36 percent of the total export revenue.

The Southeast Asian country’s mobile export to UAE topped $3.63 billion, up 6.1 percent from 2013, whereas the respective shipments to the U.S. and India were $1.54 billion and $890 million.

Exports to the U.S. rose more than two times compared to 2013.

Vietnam posted a record trade surplus of $2.14 billion, with $150.19 billion worth of exports against $148.05 billion imports, according to the Vietnam Customs.