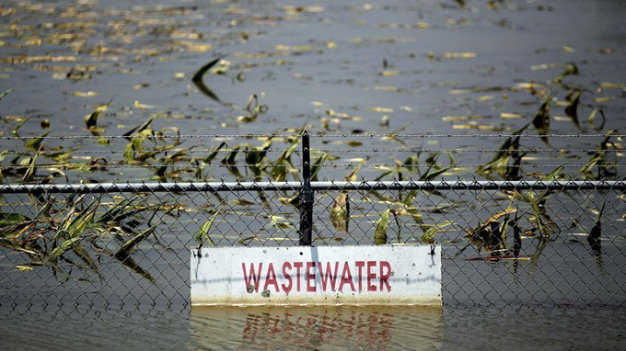 Ho Chi Minh City last week started work on an expansion project that will turn one of its two wastewater treatment plants into the largest of its kind in Southeast Asia.

The groundbreaking ceremony for the $130 billion project was held at the Binh Hung Sewage Treatment Plant on Saturday last week, one of the contractors said Tuesday on its website.

The multibillion-dollar contract was awarded to a three-company consortium of POSCO Engineering & Construction, Ltd., Hitachi, and OTV, the latter’s parent company, Veolia Environnement S.A, said in a press release.

POSCO E&C is a leading South Korean construction company, whereas the Paris-based Veolia operates in the fields of water supply and management, waste management, energy and transport services.

The project, developed by the city’s Urban Civil Works Construction – Investment Management Authority, is funded by loan assistance from the Japanese government.

The project aims to improve Ho Chi Minh City’s urban and domestic sanitation by expanding the daily processing capacity of the existing sewage treatment plant from 141,000 m3 to 469,000 m3, according to Veolia.

As the largest city in Vietnam, Ho Chi Minh City has seen its volume of industrial and domestic wastewater surge in step with rapid industrialization and urbanization.

“The expanded capacity would be sufficient to meet the wastewater treatment needs of approximately 1.4 million people, and would make the plant one of the largest sewage treatment facilities in South East Asia,” the French firm said.

Emmanuel Gayan, Veolia Water Technologies Executive Vice-President for Africa, Middle-East and Asia, said the company is “honored to have been entrusted by Ho Chi Minh City for this project,” along with its partners Hitachi and POSCO E&C.

“Veolia is committed to helping cities around the world pursue their economic development in a sustainable way,” Gayan said in a statement.

“Our teams of water treatment experts work with local authorities to come up with the best possible solution to meet their needs.”

A Hitachi representative also said the company is looking forward to “contributing to the maintenance and improvement of the water environment in Vietnam by putting in place reliable water infrastructures.”

Hitachi has “an extensive track record and expertise in the delivery of water treatment plants throughout the world,” and is also honored to be involved in the project, according to Kunizo Sakai, Vice President and Executive Officer and President and CEO of Hitachi’s Infrastructure Systems Company.

Binh Hung is one of only two sewage treatment plants in Ho Chi Minh City. The other is the Binh Hung Hoa facility, with a capacity of 30,000 m3 of wastewater treated on a daily basis.

The expansion project in Ho Chi Minh City is the second large-scale project awarded to OTV and Hitachi, following orders received in 2014 for a 199,000 m3/d desalination plant and pre-treatment facilities in Basrah, Iraq, the largest of its kind in the country, according to Veolia.