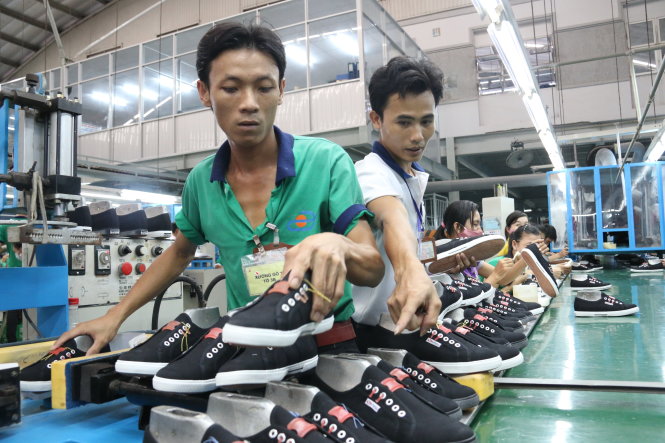 Vietnam topped other regional countries in exporting to the U.S. in 2014 with around US$30.6 billion in shipments, up 24 percent year on year, according to the U.S.’s official data.

Referring to the U.S.’s statistics in trade relations with Malaysia and Thailand, two top exporters in the Association of Southeast Asian Nations (ASEAN), Vietnam overtook both to become the largest supplier of goods in Southeast Asia to the United States.

According to data compiled by the U.S., in 2014 the total import and export volumes of the two countries hit $36.3 billion, in which U.S. exports to Vietnam reached $5.7 billion, up 13.6 percent, while U.S. imports from the Southeast Asian country were nearly $30.6 billion in value, up 24 percent compared to 2013.

Pursuant to the data, Vietnam enjoyed a trade surplus worth $24.9 billion with the U.S. last year, the highest ever.

This figure is higher than the forecast of the American Chamber of Commerce in Vietnam (AmCham), which was $23.9 billion dollars, resulting from a deficit between $29.4 billion worth of Vietnam's shipments to the U.S. and $5.5 billion worth of U.S. exports to Vietnam.

In 2014, exports of textiles from Vietnam to the U.S. were worth nearly $9.96 billion, accounting for 9.26 percent of market share, contributing one-third of Vietnam's total exports to the U.S.

The figures published by the U.S. showed a trade deficit of nearly $25 billion with Vietnam, around $2.5 billion higher than the statistics of the Vietnam Customs, which said Vietnam’s exports to the U.S. reached $28.7 billion, and its imports topped $6.3 billion, creating a trade surplus of $22.4 billion dollars.

In the middle of last year, AmCham forecast Vietnam would surpass all other ASEAN nations to become the largest exporter to the U.S. in 2015, as it then stood behind Malaysia and Thailand in terms of export turnover.

In 2020, Vietnam’s exports to the North American country are projected to rise to $51.4 billion, with textiles and garments accounting for $15.2 billion.