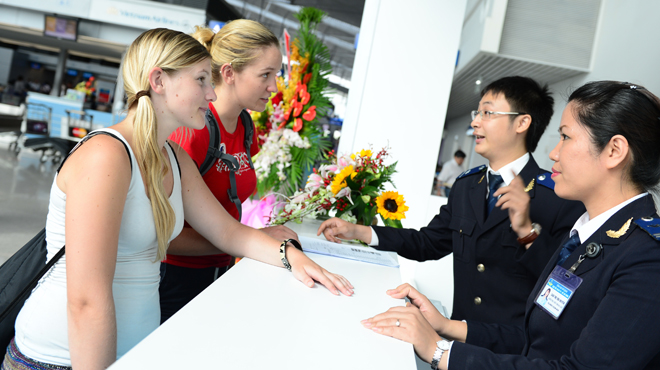 Phu Quoc International Airport, located on the island of the same name off the coast of the Mekong Delta province of Kien Giang, has been permitted to perform value-added tax refunds for foreigners and overseas Vietnamese carrying goods bought in Vietnam on exit.

On behalf of the Prime Minister, Deputy Prime Minister Vu Van Ninh has given the green light to Phu Quoc International Airport to do so, according to the government website chinhphu.vn.

The southern airport hosted the first international service between the island and Russia in February 2014, with four flights per week.

Under the direction of the Prime Minister, the southern island will focus on investment to promote tourism development.

Therefore, the implementation of VAT refunds for tourists who exit Vietnam via Phu Quoc International Airport will be an important contribution to promoting the development of tourism here, chinhphu.vn said.

Foreigners will receive 85 percent of the value-added tax imposed on their purchases and the remaining 15 percent will be counted as service fees.

They can only receive a refund for goods worth more than VND2 million (US$94) and purchased within 30 days of their exit date.