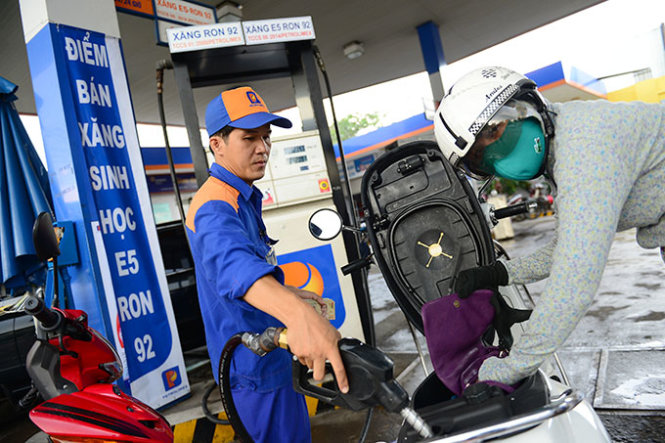 In Vietnam, many provinces about to sell biofuels following gov’t decision

Authorities in many localities in Vietnam have prepared to widely distribute E5 and E10 biofuels to spur consumption and gradually replace traditional fuels following a roadmap set out by the central government three years ago, according to the government website chinhphu.vn.

The roadmap, also aimed at contributing to energy security and environmental protection, was mentioned in a government decision dating back to 2012.

The administration of the central province of Thua Thien-Hue has released guidance on the execution of the government’s plan regarding biofuel distribution. Accordingly, Thua Thien-Hue will start implementing it one month earlier, starting on November 1.

In addition, E10 biofuel distribution will kick off in the province from December 1, with all gas stations there selling E10 biofuel along with premium gasoline Mogas 95, which the E10 biofuel is expected to replace in the future.   The southern province of Kien Giang has also promulgated the same guidance for the distribution of E5 and E10 biofuels in 2015 and 2017, respectively.

The local administration has also asked relevant state agencies including the Department of Industry and Trade, Department of Finance, and Department of Science and Technology to keep locals informed of the benefits of using biofuels through education and ensure that biofuel prices are lower than conventional fuel.

According to the plan of the south-central province of Khanh Hoa, all gas stations in the province will sell E5 biofuel as of December 1, 2015, and E10 biofuel on December 1, 2017.

Before the deadlines are applied, the local government will encourage economic organizations and individuals to join in the processing and distributing of E5 and E10 biofuels.

Previously, seven localities, including Hanoi, Ho Chi Minh City, Da Nang, Hai Phong, Can Tho, Ba Ria-Vung Tau Province, and Quang Ngai Province were required to sell biofuel at all local gas stations starting on December 1, 2014, under the government plan to boost consumption of the fuel, which is believed to be better for the environment.

On September 1, 2014, the central province of Quang Ngai became the first locality to have all filling stations sell E5 RON 92, a blend of five percent ethanol and 95 percent gasoline, three months ahead of schedule.