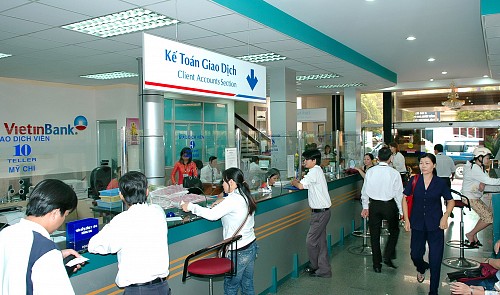 Three Vietnamese banks, including the Vietnam Bank for Industry and Trade (VietinBank), the Bank for Investment and Development of Vietnam (BIDV), and the Bank for Foreign Trade of Vietnam (Vietcombank), have made their way to the Forbes Global 2000 list of the world’s 2,000 largest public enterprises in 2015.

Among the three financial institutions, in which the state still owns a large stake, VietinBank stood at No. 1,902 with a market value of US$3 billion and a turnover of $2.23 billion as of May 2015.

This is the 4th consecutive year VietinBank has been included in the Forbes Global 2000 rankings.

In 2012 and 2013, VietinBank was the only Vietnamese representative to join the list of the most powerful public companies in the world.

The Forbes Global 2000 is a comprehensive list of the world’s largest, most powerful public companies, as measured by revenues, profits, assets and market value, according to Forbes.

This year’s Global 2000 companies hail from 61 countries and account for combined revenues of $39 trillion, profits of $3 trillion, with assets worth $162 trillion and a market value of $48 trillion.