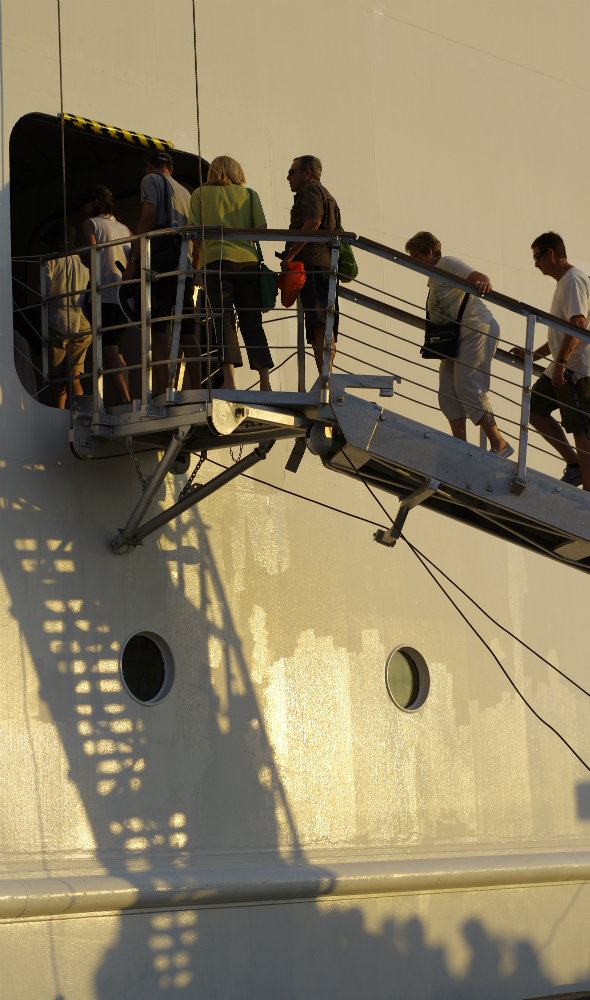 More measures proposed to lure back international visitors to Vietnam

Vietnam should extend visa exemptions for foreign tourists, especially those coming from countries that have signed free trade agreements with the Southeast Asian nation, to attract more international arrivals, an expert said at a conference in Ho Chi Minh City on Friday.

Specifically, the visa waiver program should be considered to be applied to tourists from the other member countries participating in the coming Trans-Pacific Partnership (TPP), which is expected to be concluded by the end of this year.

The TPP is a proposed regional free trade agreement aimed at eliminating tariffs and lowering non-tariff barriers that is being negotiated by 12 countries throughout the Asia-Pacific region.

The countries include Australia, Brunei, Canada, Chile, Japan, Malaysia, Mexico, New Zealand, Peru, Singapore, the United States and Vietnam, which collectively contribute almost half of global output and over 40 percent of world trade.

In the first half of 2015, international arrivals to Vietnam dropped 11.3 percent year on year, according to the General Statistics Office.

According to Vietnam Hotel Survey 2015, conducted by Grant Thornton at 40 four- to five-star hotels across the country from March to June, in the first quarter of 2015, there were more than two million visitors to Vietnam, down nearly 14 percent over the same period last year.

There are many factors affecting Vietnam's tourism market, such as the lack of a qualified workforce, which results in the poor quality of tourism service in the Southeast Asian country, especially in the central region.

Another reason behind the plunge is the impact of an international economic slowdown, especially the Russian ruble devaluation, which led to a drop in the number of tourists from Russia to Vietnam starting in the last quarter of 2014.

Complicated visa procedures and high fees are also to blame, as they are seen as a barrier to international tourists, Atkinson said.

Though the visa fees are a source of funding for the state budget, Vietnam should carefully weigh the visa charges and benefits gained from the spending of more guests, he added.

In addition, the promotion programs launched by the Vietnamese tourism industry worldwide have not been as effective as expected.

Therefore Vietnamese tourism authorities should accelerate promotion campaigns worldwide, including online marketing, according to the representative of Grant Thornton Vietnam.

The service quality of the tourist industry drastically needs to be improved, especially via specialized training for employees working for domestic tourism service providers, Atkinson said.

The downturn in tourism is similar to that in many other countries in the region, he said, adding that the situation in Vietnam and other countries may just be a short-term phenomenon.

According to Atkinson, the new policy enabling foreigners to buy many kinds of properties in Vietnam, starting this month, may be a positive factor to attract foreign tourists, as they can buy resort apartments, which will eventually make them come back every year. A similar situation has already taken place in Thailand.

From July this year, foreign organizations and individuals investing in Vietnam, branches and representative offices of foreign companies, investment funds and foreign banks operating in the country have the right to buy condominiums or own and inherit as gifts at most 30 percent of the apartments in a condo building.

Regarding individual homes, including villas and semi-detached houses in an area with the number of people equivalent to that in a ward-level administrative unit, foreigners are allowed to buy or own a maximum of 250 houses with a time span of 50 years.

They are also entitled to buy or own a house or condo much longer than the 50-year limit if married to a native Vietnamese person.

After the 50-year period of house ownership, under the new Housing Law, foreign individuals can carry out procedures to extend ownership once, but not for more than 50 years.

In 2015, the ASEAN economic community will become operational, bringing about more comprehensive cooperation among ASEAN member countries, especially with the effectiveness of the ASEAN Mutual Recognition Arrangement for Tourism Professionals, which will facilitate regional collaboration to improve tourism services and skills for the regional workforce, thereby improving the quality of tourism services in Vietnam, Atkinson said.