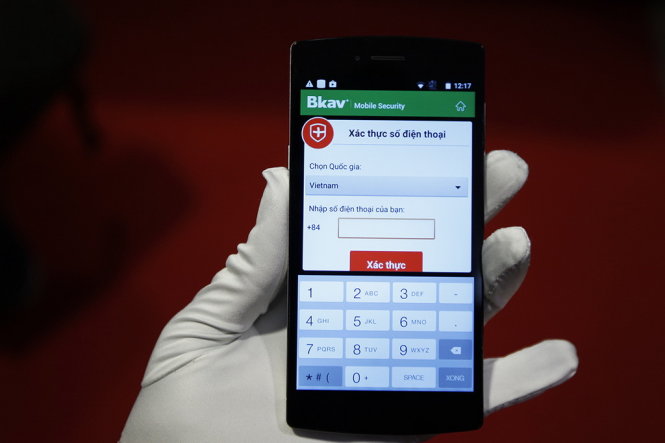 Nguyen Tu Quang apparently could never resist an opportunity to put a famous global brand into comparison with his own product, be it is such big names as Apple, Samsung, or Google.

The 40-year-old CEO of Bkav, a Hanoi-based company mostly known for the antivirus software of the same name, and recently, the infamous Bphone smartphone, said his firm is poised to release several services that can wipe the floor with their Google-powered counterparts.

“In the third quarter of this year, Bkav will unveil some new services that are capable of replacing and competing with those of Google,” newswire VnEconomy reported on Sunday, citing a company’s press release.

However, Bkav, which operates in the fields of Internet security, smart home, and phone making, did not elaborate what those services are.

The press release was issued after Quang’s company was listed among “Top 20 most famous brands in Vietnam” by the Vietnam Intellectual Property Association, the Vietnam Union of Science and Technology Associations, and the Vietnam Chamber of Commerce and Industry.

The CEO said in the document that Bkav has finalized its transformation to a joint stock company, and has established its Silicon Valley branch, called Bkav USA, in Mountain View, California.

Besides the expansion to the U.S., Bkav is also boosting its bid to distribute its products to the global market, according to the press release.

This is not the first time CEO Quang boasted the ability to rival strong global competitors of his products.

Quang has repeatedly said the company’s Bphone is the world’s best smartphone, and can even challenge Apple or Samsung on the global stage.

The Bphone, which was launched on May 28 and officially went on sale in early June, got off to a rough start as it was hamstrung by a number of scandals and the device quality is apparently not as good as its maker tries to convince consumers to believe.

Delivery of the handsets, which can only be purchased online via Bkav’s shopping platform, has been delayed for three times, and most of those who finally received the gadgets have posted their negative product reviews online.

The company also had to recall the first batch of the products for software upgrades shortly after deliveries were made.

Bkav also said late last year that the company is “dozens of years ahead” of Microsoft and Google in the smart home market.