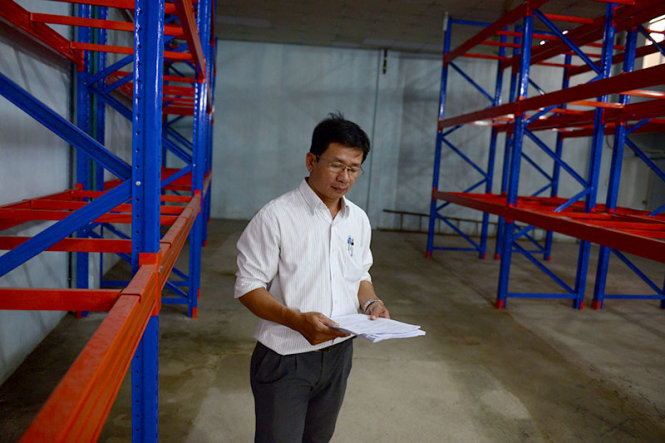 The deputy chief of a center under the Ho Chi Minh City Department of Planning and Investment has reportedly asked a company to pay US$15,000 under the table to clear paperwork issues to get an investment license.

Taiwanese businessman Peng Jung Min and his Vietnamese employee Tran Thanh Thanh have told Tuoi Tre (Youth) newspaper how they received the explicit suggestion to pay unofficial money to have their license application approved from an official from the department’s investment support center.

In July 2015, Peng authorized Thanh to seek an investment license for a project in Vietnam, to be developed by K.S.T. International Holdings Ltd., which is registered in the British Virgin Islands, at the Ho Chi Minh City Department of Planning and Investment.

The Taiwanese said he had included all relevant documents showing that British Virgin Islands is a British overseas territory in the license application file.

But an employee in the department’s foreign investment office said he would not be able to get the license because the British Virgin Islands does not belong to the UK and is not a World Trade Organization member.

Some officials then explicitly asked for a “service fee” to get the work done, Thanh told Tuoi Tre.

However, when Peng and Thanh visited the department again on August 24, some officials agreed to take their application, and asserted the project was eligible to be licensed.

Peng then informed K.S.T. International Holdings of the good news, and the developer earmarked more than VND1 billion ($44,643) to lease premises, build facilities and recruit employees to prepare for the investment.

On September 7, the department did an about-face by officially announcing that the license application was rejected because “British Virgin Islands is not a World Trade Organization member,” so Vietnam does not necessarily have to open its market to investors from this territory.

The Taiwanese businessman said he was very disappointed to see the department giving totally opposite decisions on the same application.

He thus called on Tuoi Tre to look into the case, and the newspaper sent one of its reporters to accompany Thanh to get to the department on September 28.

Help from outside source

The Tuoi Tre correspondent and Thanh were received by Lai Thi Kim Khanh, deputy director of a center in charge of investment support and consulting under the department, in her office.

Thanh told Khanh he was facing problems in getting the investment license, and the woman said the case would require “lobbying at the minister-level,” referring to the Minister of Industry and Trade.

Khanh added she would ask “an outside source if they can help,” and told Thanh to prepare up to $15,000 as a “service fee.”

On October 2, the woman phoned Thanh to let him know that the source had agreed to help him get the license for a fixed price of $15,000.

Thanh demanded that the affair succeed with 100 percent certainty, but Khanh only smiled at the request.

“I will have to fly to Hanoi to meet people there,” she said, after telling Thanh that the payment had to be made in cash.

On October 7, Khanh asserted that Thanh would surely receive the license, and demanded he give her 70 percent of the deal, or $10,000, in advance, and she would return the sum if the affair fails.

Thanh reported the case to the Ho Chi Minh City administration, and the municipal chairman Le Hoang Quan demanded that the planning and investment department resolve the issue by October 15.

But Thanh said he had yet to receive any information from the department as of last weekend, and is still waiting for a reply from Khanh.