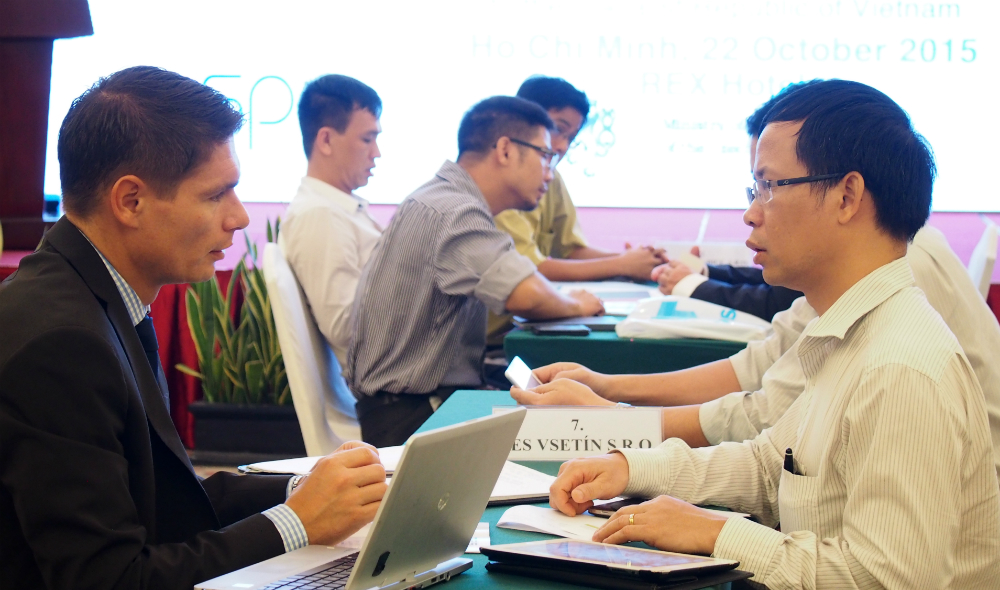 Vietnam and the Czech Republic should bolster trade relations in an effort to bring two-way trade revenue to the US$1 billion mark in the near future, a senior official of the Vietnam Chamber of Commerce and Industry (VCCI) said in a forum in Ho Chi Minh City last week.

Trade relations and investment between Vietnam and the Czech Republic are developing robustly, but are not commensurate with the potential of each country, Vo Tan Thanh, vice chairman of the VCCI and director of its branch in the city, remarked at the Vietnam-Czech Business Forum on October 22.

Vietnam sees the Czech Republic as a strategic export market, while the European country is also considered one of the top 12 potential export markets for the Southeast Asian country, Thanh said at the event chaired by Lubomir Zaoralek, Minister of Foreign Affairs of the country.

Vietnam exported $219 million in goods to the Czech Republic and imported products worth $75 million from the European country, Thanh added.

The main export products of Vietnam were shoes, handbags, seafood, textiles, and wood-based furniture, he said.

In particular, footwear accounted for almost 35 percent of the Vietnamese exports, he added.

Regarding investment, as of September 20, the Czech Republic had had 37 investment projects in Vietnam with a total capital of $92 million, ranking 44th out of 105 overseas countries and territories investing in the Asian nation.

Vietnam has four investment projects with a total capital of about $5 million in the Czech Republic in real estate and construction.

Speaking at the forum, Lubomir Zaoralek, the Czech foreign minister, also expressed his hope to raise trade relations between the two countries to a new level in the future.

The recently finalized Vietnam-European Union free trade agreement, to which the Czech Republic is party, would open up opportunities for promoting trade and investment relations between the two countries following the drop in many tariff lines for products made there, he said.

On August 4, Vietnam and the EU announced the completion of the trade pact, which is expected to be inked before the end of 2015, which marks the 25th year of their bilateral diplomatic ties, according a press release of the European Union.

The accord will serve as an important milestone in the Vietnam-EU cooperation and help promote bilateral trade and further expand their export markets, the release said.

Stanislav Kazecky, vice president of the Federation of Industry of the Czech Republic, said many Czech companies have recently shown their interest in Vietnam as an investment destination.

A tourism and economic cooperation forum held within the framework of the visit of Vietnamese President Truong Tan Sang to the Czech Republic in May this year attracted hundreds of leading exporters and large businesses of the host country, which attended to learn about the investment environment in Vietnam, Kazecky said.

In addition, many Czech companies have participated in, and exhibited their products at, industry exhibitions in Vietnam, he added.