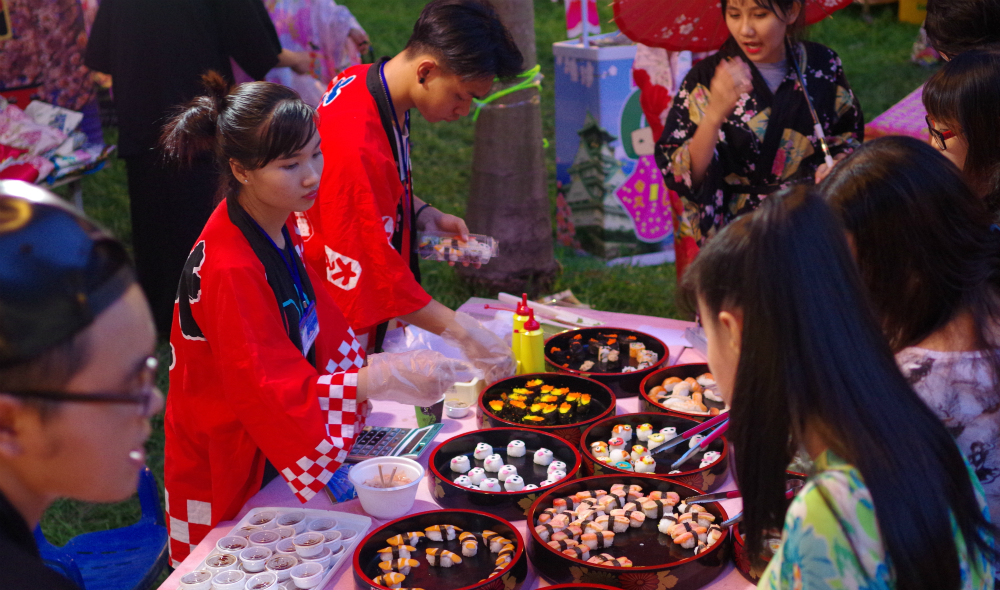 There are about 770 Japanese restaurants in Vietnam, most of which have been established to serve Vietnamese rather than the Japanese community, according to the Ho Chi Minh City branch of the Japan Foreign Trade Promotion Organization (JETRO).

Though the number of Japanese restaurants is increasing, many have had to close down or change the way they operate as competition among them has become so fierce, the JETRO branch said.

Statistics by the branch showed that there are about 770 Japanese restaurants in Vietnam, 51.95 percent of which are located in Ho Chi Minh City, and this figure is still rising.

About 90 percent of the 770 eateries are serving Vietnamese diners, the JETRO branch said.

Over 50 percent of all Japanese restaurants in the southern city are owned by Japanese people, the JETRO branch said, adding that the rate in Europe is about 20 percent.

The Japanese restaurants that are focused on Vietnamese diners have good growth rates, while the number of the small eateries serving Japanese who live and work in Vietnam is on the slide.

According to the JETRO branch, investment in food service and restaurants is among the most attractive fields to Japanese businesses that have surveyed the Ho Chi Minh City market in the past two years.

Moreover, Japanese food is increasingly popular with the Vietnamese community, as many familiar dishes like sushi, sashimi, and miso soup are not only sold in Japanese restaurants but also included in the menu of many Vietnamese restaurants and hotels.

According to Japanese statistics unveiled last year, Vietnam was the 7th largest import market of Japanese agricultural products and foodstuffs in terms of turnover.