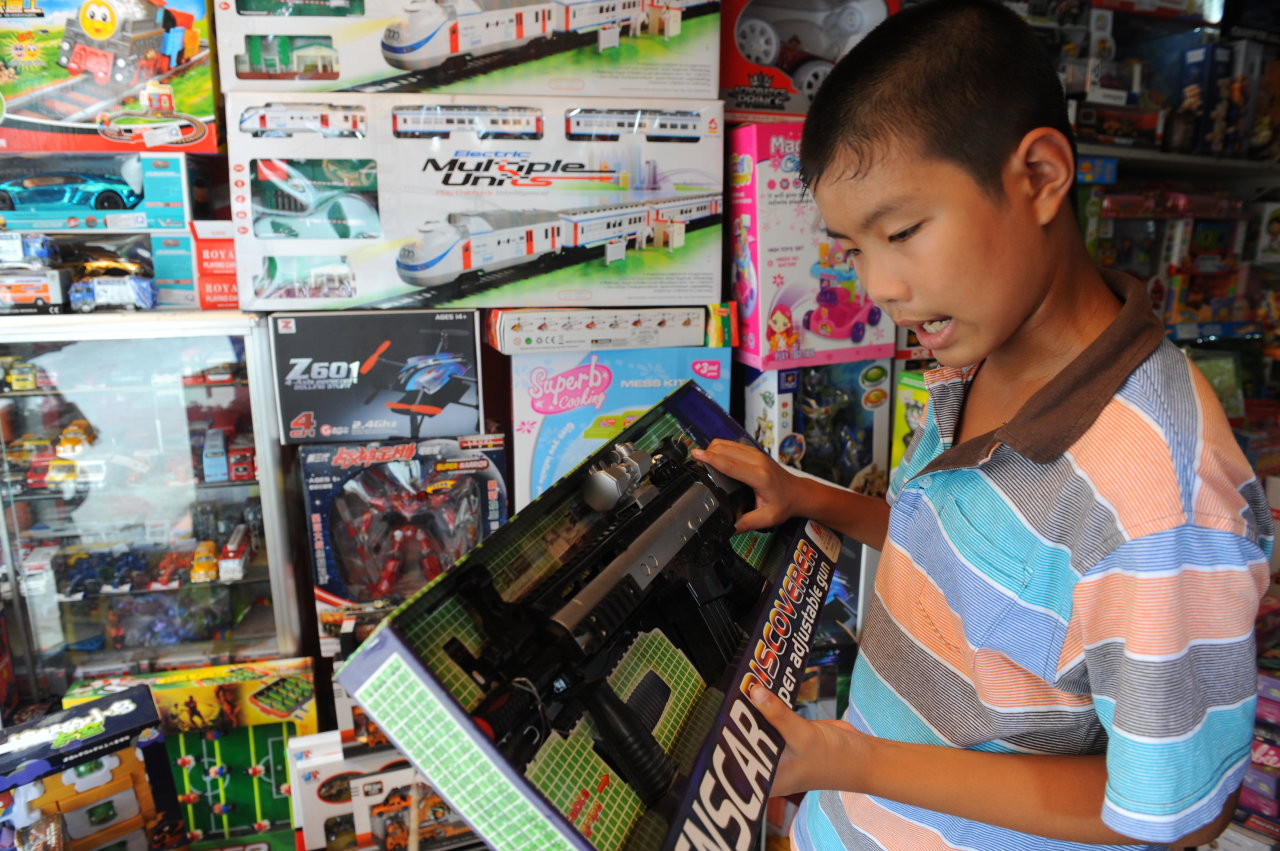 Vietnam suffered a massive US$32.3 billion trade deficit with China, where it imported from a needle to an elephant, in 2015.

Last year imports from China reached nearly $50 billion, while Vietnam’s exports to its northern neighbor were only some $17.7 billion, according to data by the General Statistics Office.

The $32.3 billion deficit in 2015 is 12.5 percent higher than that of one year earlier, and is the highest-ever negative trade balance Vietnam has had with China.

The massive deficit in 2015 was largely due to the rising imports of steel, metal, cars, car components, and raw materials for footwear and textile production, according to the General Statistics Office.

What is most worrying is that Vietnam still bought a huge volume of agro-products from China, despite being an agriculture-exporting country itself.

In the Jan-Nov period in 2015, the Southeast Asian country imported $165 million worth of fruits and vegetables from China, up 21.2 percent from a year earlier, according to customs data.

There was, however, a huge amount of Chinese produce brought to Vietnam across the border, which was not included in the data.

Vietnam even imported products that can be grown locally, and thus domestic produce has eventually lost its home market to the Chinese imports.

Price really matters, as Chinese fruits and vegetables are 30 to 50 percent cheaper than the Vietnamese-grown products, according to industry insiders.

“Customers have real demand for Chinese products, so we just cannot stop sourcing them,” said Do Thi Lanh, a small trader at An Suong Market in District 12, Ho Chi Minh City.

Lanh said Chinese fruits and vegetables can always find buyers easily thanks to their much cheaper prices compared to the Vietnamese produce.

Upon being imported, Chinese fruits and vegetables are distributed to wholesale markets in Vietnam, from where they will be transported to smaller markets, supermarkets and especially those restaurants, eateries and firms that supply meals in large quantities to factories, hospitals or schools.

“Chinese products are always available no matter how many of them you want to source,” said Hung, who sells spices at the Hoc Mon wholesale market in Ho Chi Minh City.

“The domestic products are more expensive and are of varying quality, so people prefer Chinese ones.”

Hung added the Chinese garlic or chili will be ground and sold to restaurants to make sauces, so “no one knows whether they are eating Vietnamese or Chinese spices.”

In 2015 the country imported $54.6 million worth of seafood products from mainland China and Hong Kong, a massive 42.2 percent year on year increase, according to the Vietnam Association of Seafood Exporters and Producers.

Vietnam’s trade deficit with China is expected to continue widening in the coming years, as the Southeast Asian country still has to rely heavily on Chinese raw materials for several sectors, including rubber, footwear, and textile and garment production.

“We will have to do so in the next ten years, as there are no domestic suppliers for the materials,” he said.

Diep Thanh Kiet, deputy chairman of the Vietnam Leather, Footwear and Handbag Association (Lefaso), said the footwear industry is much too reliant on imported materials.

“While the industry needs 210 million square meters of faux leather a year, domestic supply can only cover 4.2 percent of that,” he said.

“Similarly, only 12.5 percent of the annual demand for 92 million square meters of nonwoven fabrics can be met domestically.”

Vietnam therefore has to import most of the needed materials, and it is difficult to find other suppliers than China, Kiet admitted.

“There is no nation that can supply the materials in huge quantities, at cheap prices and with diverse designs and patterns like China,” he explained.

The Lefaso official added that the heavy reliance on Chinese materials “may persist in dozens of years to come,” if Vietnam’s policy to develop supporting industries remains ineffective.