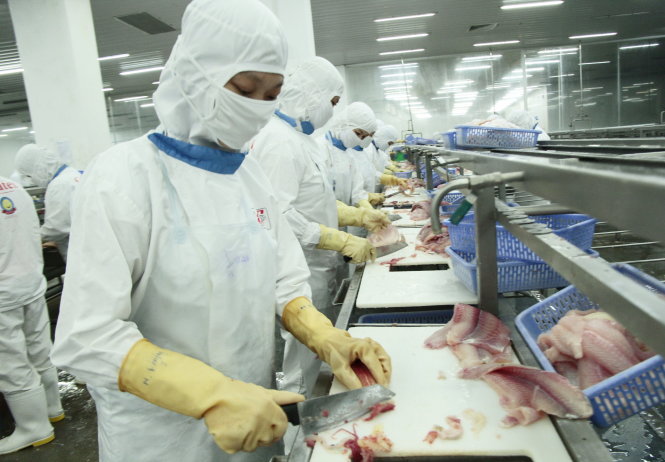 The European Union has issued food safety alerts to four Vietnamese seafood exporters, whose shipments to several European countries have been found to contain banned substances.

The companies failed to pass food safety checks to enter the EU, according to the Rapid Alert System for Food and Feed (RASFF).

Created by the EU in 1979, RASFF offers a round-the-clock service to provide notification of food safety risks before they reach European consumers.

On Monday, the National Agro-Forestry-Fisheries Quality Assurance Department (NAFIQAD) under Vietnam’s Ministry of Agriculture and Rural Development gave details as to why they had received the warnings from the EU.

The frozen pangasius shipment of the first firm to Germany was subject to border rejection as it stank of ammonia and contained banned sodium carbonates, according to NAFIQAD.

In the meantime, the second company also had its frozen pangasius fillets barred from entering Spain, as the product contained the banned sodium erythorbate.

Food authorities in Germany also detained a batch of canned tuna shipped by the third company because it was stained with histamine, which can be toxic to consumers.

The fourth firm had its exports of frozen swordfish rejected as they were found to contain mercury.

The NAFIQAD has asked the four companies to review its production process and materials to determine the causes of the food safety issues, as well as avoiding repeat violations.

Vietnamese seafood exports have previously received warnings over the use of antibiotics and banned chemicals in the U.S., Japan and Saudi Arabia, according to The Saigon Times Online.

“In the first quarter of this year, 31 export batches of Vietnamese shrimp and pangasius received food safety alerts for the same reasons,” the economic newswire quoted NAFIQAD head Nguyen Nhu Tiep as saying.