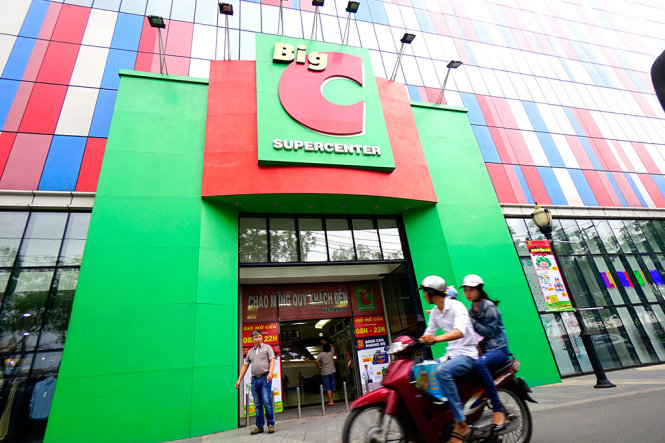 Two months after the finalization of a massive deal that sees French-owned supermarket chain Big C Vietnam transferred to a new owner, neither of the parties involved seems to care about fulfilling their tax liabilities, much to the frustration of the Vietnamese tax agency.

On April 29, Thai conglomerate Central Group announced it had acquired Big C’s operations in Vietnam, including 32 outlets countrywide, from France's Casino Group at a cost of 1 billion euros (US$1.14 billion).

According to Vietnamese law, parties involved in this type of transfer must declare and pay taxes within ten days of an agreement being reached.

Vietnam is expected to collect VND3.6 trillion (US$160.71 million) in tax from the transfer, according to the General Department of Taxation.

However, as of Monday, 40 days after the deadline, neither Casio Group nor Central Group has taken any step to fulfill their tax responsibility, the taxman said.

The General Department of Taxation has therefore prompted both parties to collaborate in clearing their tax liability, before the taxman is forced to take action.

“In the immediate term, subsidiaries under Big C Vietnam will be banned from replacing their legal representatives of Casino Group with those from Central Group,” the document reads.

According to protocols on double taxation avoidance signed between Vietnam and France, the Southeast Asian country has the right to tax the Big C Vietnam transfer deal.

A representative of the Thai transferee has said it is not responsible for declaring and clearing taxes for the deal, while Casino Group and executives of Big C Vietnam are so far yet to comment.

According Savior Mwambwa, a South Africa-based tax campaign manager with ActionAid International, who spoke to Tuoi Tre (Youth) newspaper, the tax responsibility is on the transferor, Casino Group.

The basis for holding the French firm accountable for the tax liability is that Big C is registered to operate in Vietnam, so it must comply with the local law, Mwambwa said.

The ActionAid expert said there was a similar case in Uganda, where a company refused to pay taxes for a costly asset transfer deal, and even sued the government. However, that company lost the lawsuit and eventually had to pay the tax.

The operations of Big C Vietnam also show signs of ignoring the law, according to the Ministry of Finance.

According to Vietnam’s commitment to join the World Trade Organization, the Vietnamese retail sector is open to foreign players, but they must comply with the local law on economic needs tests.

An economic needs test (ENT) is compulsory for any retail outlet to be established beyond the first one.

A retailer must seek permission if it wants to open a second outlet or more.

Authorities will then test whether the market really has demand for a new outlet and decide whether to approve the request.

However, Big C Vietnam has apparently bypassed this regulation, by setting up a new entity whenever it wanted to add an outlet to the chain.

According to a report submitted to the government on May 18, the Ministry of Industry and Trade said all subsidiaries under the umbrella of Big C Vietnam are independent entities with their own balance sheets, even though they are all systematically managed by the parent firm.

The finance ministry has therefore called on the government to task the industry and trade ministry with taking timely measures to prevent new retail outlets from being illegally established.