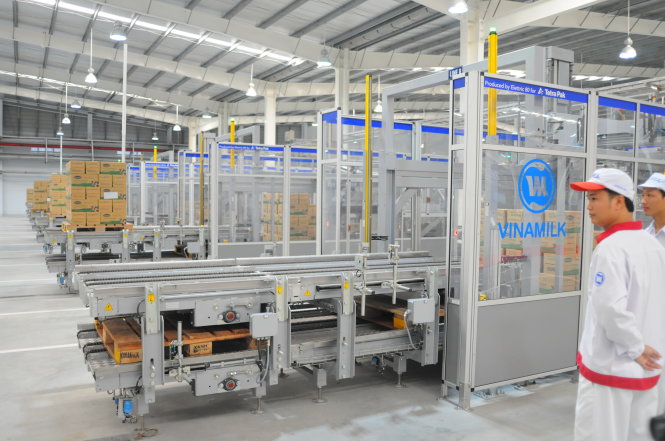 Vietnam’s Prime Minister Nguyen Xuan Phuc has ordered the sale of state holdings in a dozen big-shot companies, a plan that experts estimate could boost government coffers by more than US$7 billion.

The premier insisted that the government hasten its withdrawal from the country’s two biggest breweries, Habeco in Hanoi and Sabeco in Ho Chi Minh City.

But an official list of the other ten companies from which the government plans to divest through the State Capital Investment Corporation (SCIC) has yet to be released.

Chi did not elaborate on the number of stakes the SCIC will sell at each of the ten firms, but previous statements from PM Phuc have pointed toward complete divestment from all these businesses.

A finance expert said the sale of state holdings at the ten unofficially named companies, along with the two leading beer makers, will raise more than $7 billion for the government.

By selling its 45 percent stake in Vinamilk at a price equal to the dairy firm’s current stock price, the SCIC could rake in $4.52 billion, the anonymous pundit explained.

For the rest of the ten-firm group, using the same calculation method, total value of the state holding sales could reach $530 million, putting revenues from divestment from the ten SCIC-invested companies at $5 billion.

As for the Sabeco and Habeco, sale estimates are based on previous acquisition offers from foreign investors.

The government currently holds an 81.79 percent stake in the Hanoi brewer, and 89.59 percent in the Ho Chi Minh City beer maker.

In 2014, Thailand’s ThaiBev offered to acquire the government’s entire stake in Sabeco for $2 billion.

Habeco is currently valued at $400 million, based on the VND50,000 a share Denmark-based Carlsberg spent on acquiring 17 percent of the company in 2008.

The finance expert concluded that the sale of government holdings at the 12 companies could bring in some $7.4 billion, a considerable supplement for the state's ailing budget.

An official of the corporate reform division under the Government Office said the real values gained from the sales could be much bigger, as the government holdings will be auctioned rather than sold at fixed prices.