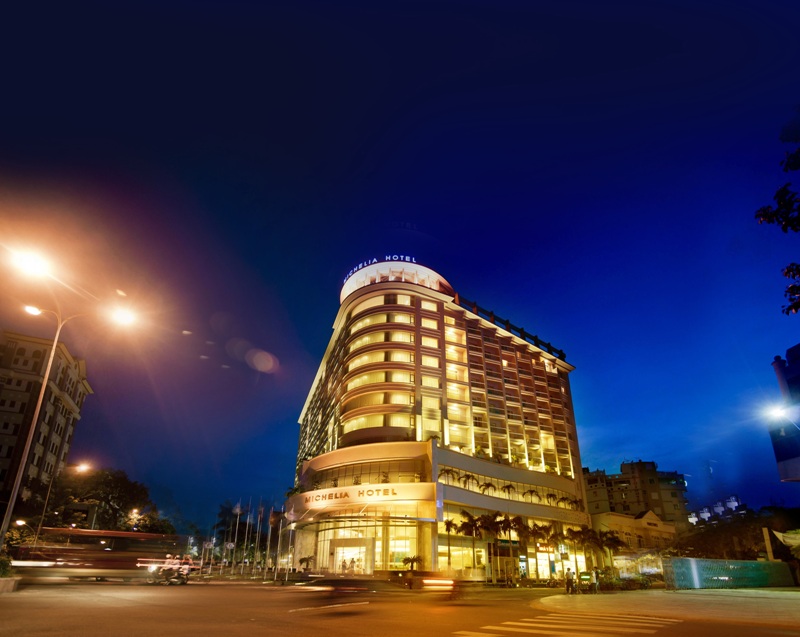 “With more than 20 thriving hotels, restaurants, convention centers, and recreation complexes spanning from Nha Trang to Can Tho, TTC Group has the set goal of developing another nine tourism service projects in such resort cities as Da Nang, Hue, Hanoi, Gia Lai, and Phu Quoc, and strives to grow into one of Vietnam’s top 10 hotel chains, restaurant chains, and recreation complexes from now until the year 2020.”

This is the latest information from Ms. Phan Thi Hong Van, deputy general director of Thanh Thanh Cong Tourism Co. under TTC Group, at the International Travel Expo ITE 2016, which opened on September 8, 2016 at the Saigon Exhibition and Convention Center in District 7, Ho Chi Minh City.

TTC Group has stood out over the past several years with its remarkable corporate activities in the fields of cane sugar, thermoelectricity, education, real estate and tourism services, an industry which the group has invested in heavily over the past two years.

Since 2014, TTC has gone to great lengths to invest, repair, and upgrade 15 four-star hotels with 1,000 rooms boasting extravagant designs and deluxe furnishings. Such facilities include TTC Hotel Premium Nha Trang, formerly known as Michelia, which operates at full capacity, with 90 percent of its clientele being foreigners and Vietnamese artists; TTC Hotel Premium Da Lat, previously the famed Ngoc Lan Hotel, which is a top choice amongst local and foreign tourists; and TTC Resort Premium Doc Let, which is undergoing a renovation to elevate it from a three-star to a four-star property.

According to Ms. Hong Van, hotels that have been operational for a long time will retain their previous names, but with the added TTC trademark, while new hotels will be named TTC Hotel Premium.

In addition, the group has set up a travel center called TTC Travel, which provides diverse tourist products; and the TTC Palace Binh Thuan and TTC Palace Ben Tre convention centers which pride themselves on sumptuous space and ample comforts. Each center is capable of housing 1,600 clients.

In order to operate the hotel, restaurant chain, convention centers, and recreation complexes effectively, TTC has recruited 2,000 employees with professional expertise and enthusiastic, dedicated attitudes. They have operated the group’s entire system seamlessly, which is evident in their notable corporate results from 2015 and the first six months in 2016.

“Our group has noticed that Vietnam’s tourism sector is undergoing robust growth with considerable potential which has yet to be fully tapped. With our intrinsic strength in the available restaurant and hotel chain industries in the downtown areas of key resort cities, we only need to make proper investments and perfect our services to cater to local demands and create a foundation for the group’s further progress,” Ms. Hong Van said when explaining about TTC Group’s switch from a successful history in the heavy industry sector to the tourism sector.

TTC is also working to perfect its self-contained tourism mechanisms, starting with using TTC Travel Co. as a way to connect its available accommodation and meal providers. This will certainly cut TTC Travel’s tour prices, boosting its competitive edge and tourist appeal.

Apart from providing accommodation and meals, TTC will also invest heavily in its hotel and restaurant activities, such as organizing holiday events at its four-star hotel and TTC Safari Amusement Park in Da Lat, and the upcoming Halloween (October 30) “Haunted House” themed event.

Another activity TTC will focus on is the Ethnic Festival, which takes place annually on January 1 and features folk games from ethnic minority groups residing in the Central Highlands, including blowing “tu va” (trumpet), pounding rice, cuisine, music, and signature dances.

TTC’s original ideas are designed specifically for each restaurant, hotel and amusement park. They draw an increasing number of local and foreign tourists to TTC’s tourist service system. Tapping into the competitive edge derived from the advantageous position of their projects, standardization of services, catering quality, provision of package tours from accommodation to resort and travel services, and extremely competitive prices, TTC will achieve its goal of transforming into one of Vietnam’s 10 leading hotel and amusement complex chains in the near future.