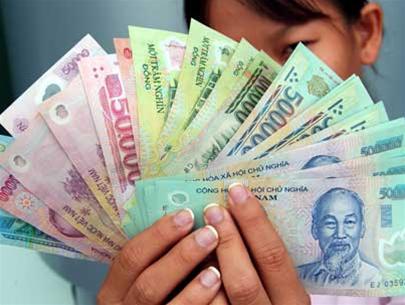 The State Bank of Vietnam has issued a public warning denying false allegations that the country’s central bank plans to replace the existing currency with a new one.

Rumors of the swap began circulating last week, sparking fear amongst the public and triggering small-scale bank runs in some localities.

In the south-central province of Phu Yen, people rushed to withdraw money from local banks to purchase foreign currency and gold in fear of losing their assets once the currency swap took effect.

“Such a rumor is totally groundless and malicious,” Deputy Governor of the State Bank of Vietnam Dao Minh Tu said at a government meeting on Tuesday.

Tu cautioned the public against acting on such unfounded information.

“Introducing new currency is related to the national monetary security,” he said. “Our economy is in stable development so we should stay vigilant against such malicious reports.”

“We are working with relevant agencies to identify and punish the rumor-maker,” he said.