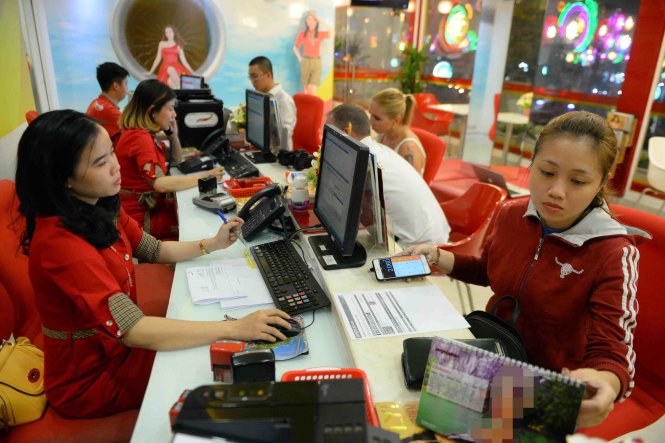 Vietnam’s aviation watchdog has approved several proposals from local airlines to increase flight frequency to meet spiking demands during the upcoming Tet holiday, though only half the requested additions were approved.

Tet, the Vietnamese Lunar New Year holiday, falls in late January, though city residents typically begin flying back to their hometowns weeks before holiday to begin festivities with friends and family.

In a report submitted to the Ministry of Transport on Thursday, the CAAV said the three would be allowed to run the additional domestic flights between January 16 and February 12, an 8.5 percent increase in flights typically running during the period.

Approximately 1,067 of the approved extra flights will depart or land in Tan Son Nhat International Airport, the country’s busiest airdrome, already operating beyond its design capacity.

Despite potential overload issues, during the Tet holidays the Ho Chi Minh City-based airport will serve 807 flights per day during peak time, a 7.7 percent increase from the usual schedule.

Vietnam Airlines is the only of the three carriers happy with the CAAV decision, with nearly 100 percent of their extra flight plan approved, meanwhile Vietjet will only be able to offer half of its proposed additional services while Jetstar was approved for 30 percent of its requests.

Under the CAAV decision, the three carriers will collectively be forced to cut 230,000 seats from their previously planned Tet services.

With some airlines allegedly selling tickets for the extra flights before having obtained approval from the CAAV, passengers with booked tickets are sitting on hot bricks, fearing they will not be able to return home for Tet celebrations.

Ho Quoc Cuong, head of aviation transportation under the CAAV, said the air carriers may not sell tickets for all of the planned extra services, so there is little chance passengers with purchased tickets will miss flights.

“If it is really the case, carriers must compensate and take full responsibility for the passengers,” he said.