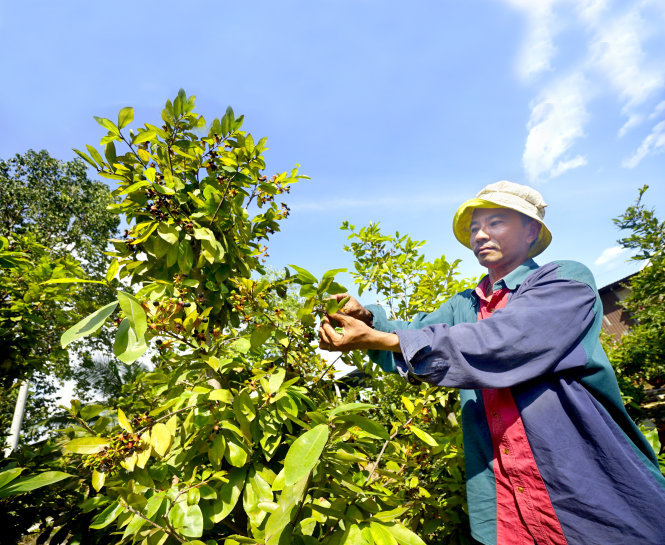 Farmers in ‘flower hubs’ across Vietnam are anticipating a low business season for the upcoming Tet, or the Lunar New Year period that is two weeks away, with crops failing to bloom as planned due to unpredictable weather.

Vietnamese traditionally decorate their houses with flowers to celebrate the holidays, while many flower festivals are scheduled to take place just before Tet.

In both cases, the flowers are expected to reach full bloom on the eve of the new lunar year, but this year a number of flower farmers have lamented that their crops will bloom either sooner or later than expected.

In Da Lat, dubbed the ‘kingdom of green produce’ in Vietnam’s Central Highlands, the maiden Cherry Blossom Festival will not take place in mid-January as planned, as the flowers have refused to bloom.

The rainy season in Da Lat ended one month later than usual, meaning it has taken an additional month for the flowers to bloom, delaying the festival to mid-February, when Tet has already finished.

A number of flower farmers in Da Lat, who have signed Tet contracts with distributors in other provinces, are also sitting on pins and needles as they may fail to fulfill the orders.

There are crops of the same flowers that were cultivated at the same time, but blossomed at different points.

“We have tried all possible means to make the flowers blossom on time, but the outcome is still regrettable,” Tran Van Sang, a grower at Ha Dong, said.

Many growers have admitted that there will not be sufficient supply of flowers for Tet, which begins in the last week of January.

These cherry blossom trees in Da Lat will not bloom until mid-February.

In the Mekong Delta, farmers are in the same situation as their crops have refused to bloom. With only two weeks left, growers are acknowledging that their flowers would not blossom in time.

Tran Van Tiep, a flower grower in Sa Dec City, Dong Thap Province, has recently had to dispose of 4,000 pots of different flower species as they were either not blooming or rotten due to the bad weather.

“In my 40 years of growing flowers, the weather has never been so adverse,” he lamented.

This year there are some 100 hectares of flower crops across Sa Dec, consisting of more than two million baskets of all kinds, but “30 percent of them have been damaged by weather, and 40 percent are blooming late,” one municipal economic official said.

Farmers in nearby provinces including Ben Tre and Tien Giang are also crying over their crops, which they are certain will only be in full blossom once Tet is over.

Farmers take cafe of flowers that should have started blossoming now.

In the central region, which supplies the yellow apricot flower, a traditional Tet flower for southern Vietnamese, farmers have been dealt a significant blow by the repeated floods of 2016.

With many plantations the victim of flooding, it comes as no surprise to farmers that their flowers will not bloom as planned.

“At this time of the year, I would normally have sold out my crop,” Nguyen Son Ke, a yellow apricot flower grower in Binh Dinh Province, said.

“But so far I have only sold 70 pots, with only 100 left in stock, as most of my crop has been destroyed by the floods.”