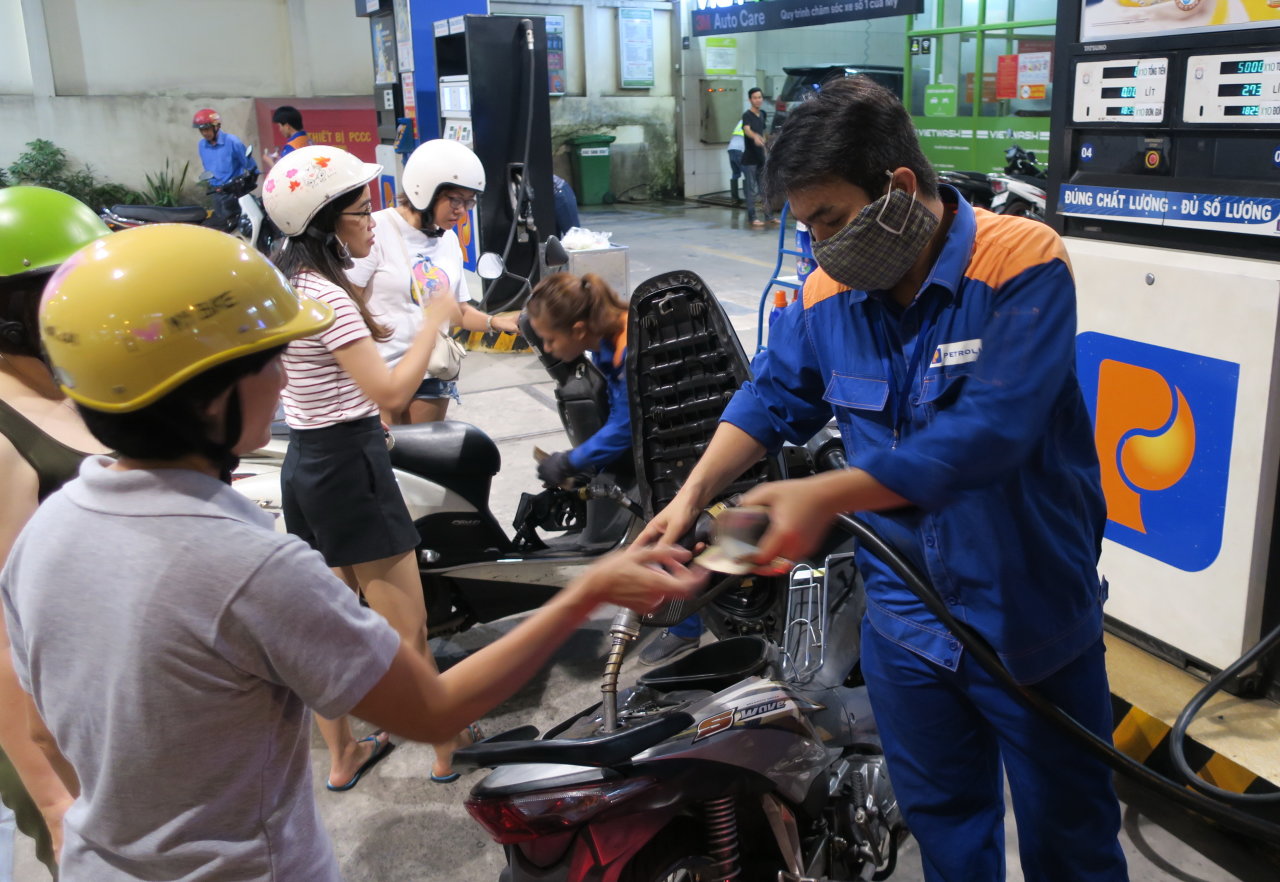 People in Vietnam currently have to pay VND3,000 (US$0.13) in environmental tax for each liter of gasoline, while the finance ministry recommended that should be raised to VND8,000 ($0.36) in its draft regulation, which will be submitted to the central government in June and the National Assembly in October for approval.

During an interview with Tuoi Tre (Youth) newspaper, Nguyen Van Tiu, chairman of the management board of a Hanoi-based oil and gas company, affirmed that the proposed increase in environmental protection tax would certainly raise gasoline cost in the country.

Fuel price itself has been forecast to skyrocket in 2017 when the Organization of the Petroleum Exporting Countries reduces its output, Tiu stated, adding that elevating the tax without careful consideration would leave an enormous impact on the economy.

According to Nguyen Minh Tan, an official from the National Assembly Finance and Budget Committee, adjusting the environmental protection tax requires approval from the nation’s legislative body.

The new amount of tax must be based on the practical status of the country’s socio-economic situation, Tan continued.

Many experts have voiced their concern over the draft law, stating that the government should support local businesses instead of focusing only on the state coffers.

“If they are all out of business, who will contribute to the coffers?” a specialist said.

The best way to secure the revenue is not to depend solely on taxes but to assist local firms with appropriate tariff policies.

If businesses make a profit, they will be financially capable of paying their taxes, the experts elaborated.

According to the current law on environmental protection tax issued in 2012, products such as oil, gas, grease, coal, and plastic bags are subject to the type of tariff.

Statistics from the Ministry of Finance showed that environmental protection tax contributed from 1.5 to 4.1 percent of the annual revenue of the national budget.