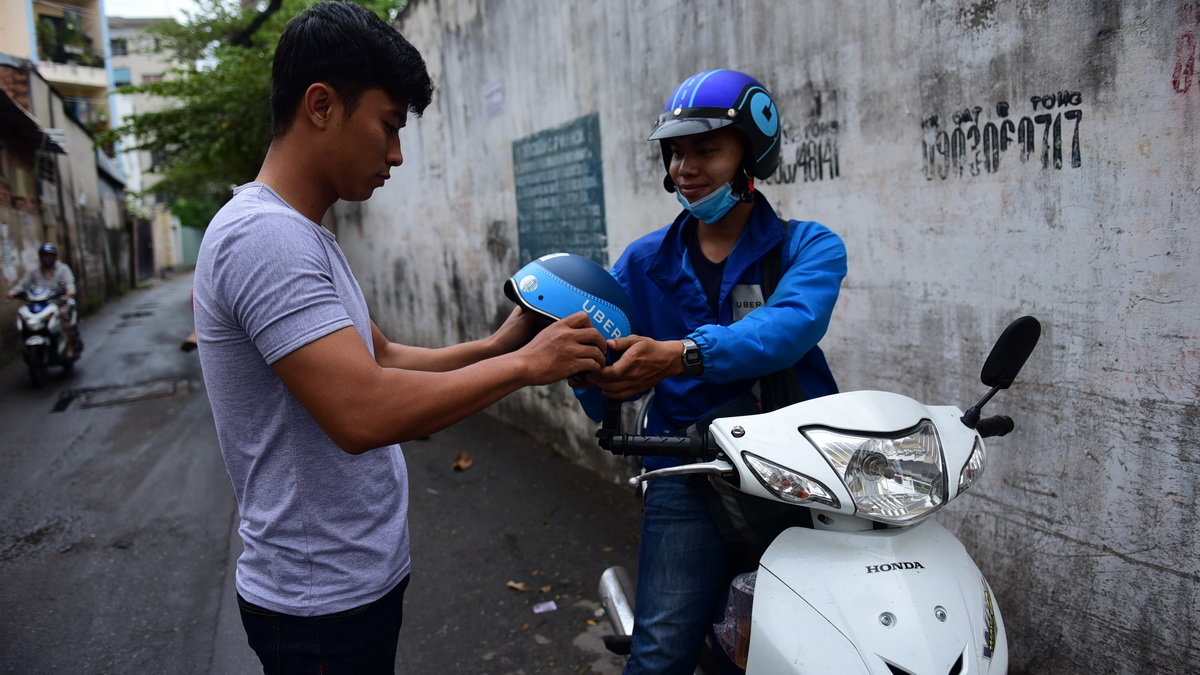 While Vietnamese authorities are criticized for not taxing Uber enough, local Uber drivers are complaining about having between 15 and 25 percent of their earnings end up in the company’s pocket.

Uber’s initial vision was to provide a technological solution for car and motorbike owners to utilize their vehicles and earn an extra living.

However, as the business model was adopted throughout Vietnam, it quickly became a full-time job for the unemployed, who were willing to buy a new vehicle on cheap loans just to get into the business.

For every ride, Uber bags between 15 and 25 percent of the fare charged to customers depending on different times, according to Duy, a former public employee who took up Uber driving when his company became unprofitable.

“[Uber] basically just provides an application and sets up a network, so they are getting too big a share of the pie,” Duy said. “A ten-percent commission rate would be more acceptable.”

Uber driver Nguyen Duc Trong said he had seen improvements in his income since becoming a driver two months ago, but the high commission taken by the company was undermining the hard work of its drivers.

“We are entitled to no insurance program, be it medical or social insurance, whereas traditional taxi drivers are provided with such protection,” Trong explained. “If there was an insurance program, many [Uber] drivers would be willing to accept a higher commission rate in exchange for those benefits.”

Nguyen Thai Son, a former official at Ho Chi Minh City’s Tax Bureau, admitted that local taxation authorities had been overwhelmed by the business model, and that it would look further into Uber’s other markets to decide on a better tax policy for the company.

Meanwhile, one senior tax expert who asked not to be named said that Uber B.V. was operating as a transportation company while declaring itself a technology firm.

Whenever customers pay for their ride using bank cards, the full sum is transferred directly into Uber B.V.’s account in the Netherlands before the company reimburses its drivers in regular payments, the expert explained.

If passengers opt for cash payment, the amount is immediately deducted from the driver’s Uber credits before they are repaid their share in the same way.

According to the expert, if Uber B.V. was merely a provider of technology solutions, the money customers pay should have been split according to the agreed rate of commission at the time of payment.

“Why aren’t Uber drivers receiving their 80-percent share of the revenue immediately rather than waiting for the money to be transferred abroad before returning to Vietnam?” the expert asked. “We can see that Uber B.V. is paying its drivers as if they were its employees [without performing its duties as an employer].”

The fact that Uber B.V. is in control of all the revenue also means that it is free to change the rules at any time without the consent of its drivers or approval from Vietnamese authorities, the expert added.