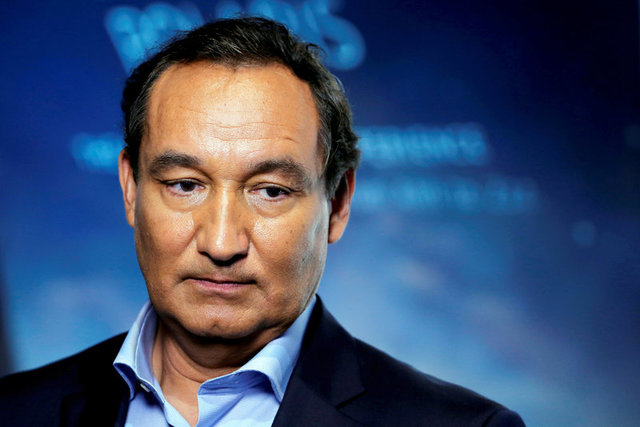 NEW YORK, April 21 - United Continental Holdings Inc said on Friday Chief Executive Oscar Munoz will not become chairman in 2018, under an amendment to his employment agreement approved after an uproar over the treatment of a passenger.

In a reversal of his earlier employment agreement, Munoz has opted to leave "future determinations related to the Chairman position to the discretion of the Board," United said in a U.S. Securities and Exchange Commission filing.

The company also said it would revise its 2017 executive compensation to more directly tie incentives to improvements in customer satisfaction. In 2016, Munoz made $18.72 million.

"United's management and the Board take recent events extremely seriously, and are in the process of developing targeted compensation program design adjustments to ensure that employees' incentive opportunities for 2017 are directly and meaningfully tied to progress in improving the customer experience," the filing said.

Earlier this month, a United passenger, Dr. David Dao, was dragged from his seat off a parked plane at Chicago's O'Hare International Airport bound for Louisville, Kentucky, to make room for crew members.

The scene was captured on video by fellow passengers and showed Dao bloodied and disheveled in the incident.

Dao's attorney said his 69-year-old client had incurred a significant concussion, broken his nose and lost two front teeth in the altercation with airport security, and said Dao would likely sue the airline.

Munoz, a former railroad executive who took over United in 2015, had already been pressured by activist investors to improve the airline's performance, including in customer relations. In April 2016, United agreed with a group of investors to install airline industry veteran Robert Milton as non-executive chairman.

In initial statements following the incident, Munoz and United did not apologize to Dao for the way he had been treated, instead describing him as "disruptive and belligerent."

Before being hauled from the flight, Dao, who emigrated from Vietnam in the 1970s, repeatedly accused the airline of discriminating against him for being ethnic Chinese, according to fellow passenger Tyler Bridges who was traveling back home from Japan.

The incident, and the company's response, sparked global outrage. Social media users across the United States, Vietnam and China called for a boycott of the carrier.

United said on Friday it had asked a U.S. Senate panel for an extra week to answer detailed questions about the incident. Munoz wrote that he was "personally committed to putting proof behind our promise" in United's commitment to reforms.

Committee leaders said in a joint statement that getting answers about what happened and how to prevent a recurrence was a "priority" and any further delay was "unacceptable."