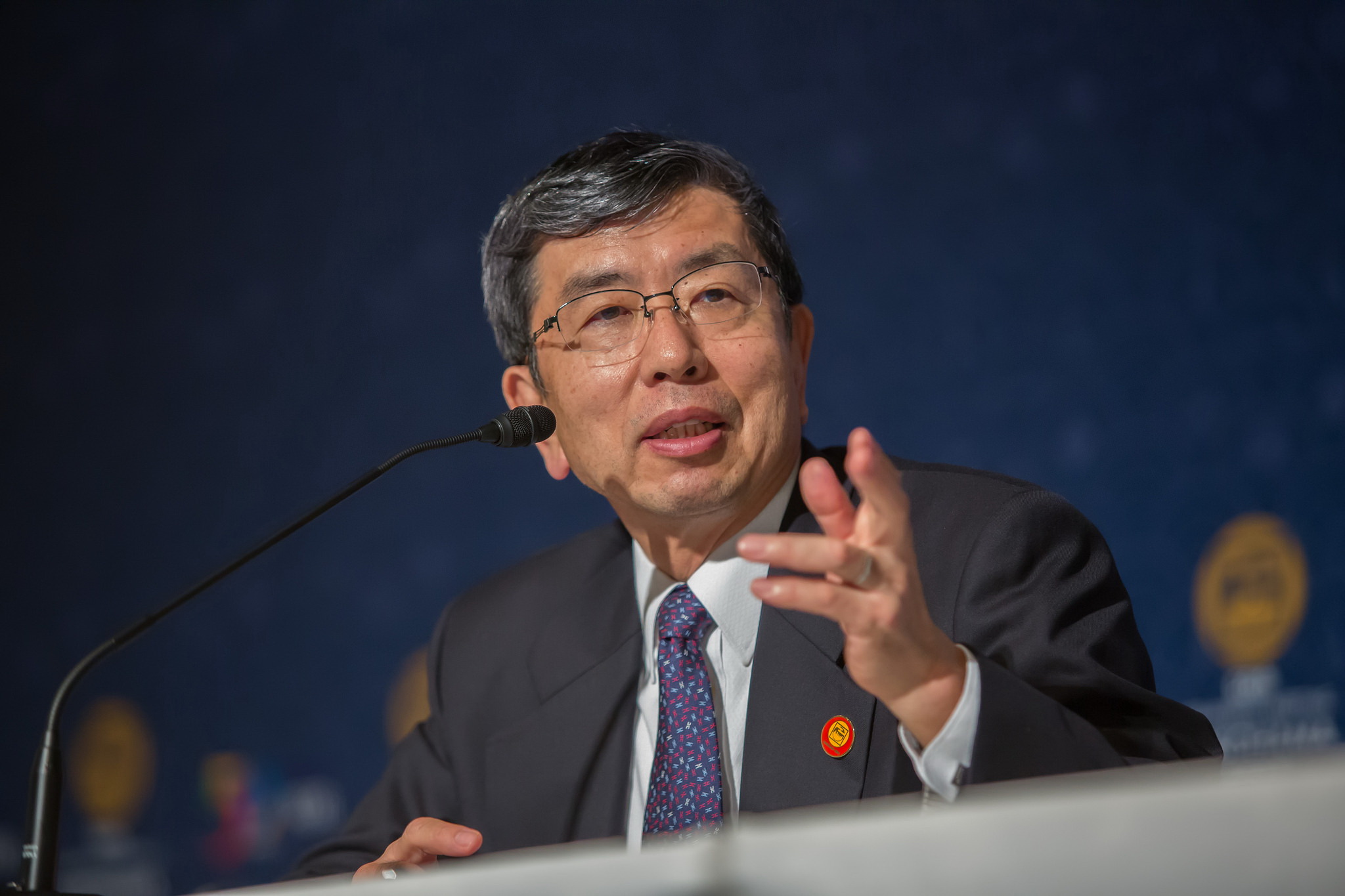 More investments in infrastructure are needed to support continued growth in Asia and the Pacific and combat climate change, Asian Development Bank (ADB) President Takehiko Nakao said Saturday in his opening address at the 50th Annual Meeting of ADB’s Board of Governors in Japan.

Investment in infrastructure, he said, will remain a priority for ADB as the bank prepares a new long-term strategy to respond to rapid regional changes.

ADB’s Annual Meeting, which runs from May 6 to 7, hosts about 6,000 government officials, academics, business officers, civil society representatives, and members of the media.

A delegation of Vietnamese leaders and officials led by Vice-Governor of the State Bank of Vietnam Nguyen Thi Hong also attend the event.

Held in Yokohama, Japan, under the theme “Building Together the Prosperity of Asia,” the Annual Meeting is also a celebration of ADB’s 50 years of development work in Asia and the Pacific.

In his remarks, Nakao said ADB’s achievements over the past half century can be summarized as combining knowledge and finance, promoting good policies, and fostering regional cooperation and friendship.

Nakao said that ADB’s future direction will be led by Strategy 2030, the bank’s new long-term strategy that will map the best ways it can support Asia’s growth and address development challenges including poverty, climate change, urbanization, aging, and widening inequalities.

ADB continues to hold consultations on the strategy with a wide range of stakeholders from around the region and in donor countries.

Investment in infrastructure will be an ADB priority under Strategy 2030, including enhanced support for infrastructure projects that incorporate advanced technologies.

“Asia will need US$1.7 trillion per year in investments in power, transport, telecommunications, and water through 2030,” Nakao remarked.

Support for social sectors, especially health and education, is a second ADB priority area under Strategy 2030.

“ADB is supporting an increasing number of private sector projects in education, health, and agriculture,” Nakao said. “Funding micro-, small-, and medium-sized enterprises through local banks will remain a priority.”

Finally, Nakao stressed the need to continue to reform ADB as part of Strategy 2030. Among the reforms, he said, ADB will “strengthen its sector and thematic expertise, enhance staff capacity, and streamline procedures.”

He added that the institution will deepen its collaboration with civil society, academia, the private sector, and local governments.

ADB’s loan and grant approvals amounted to a record high of $17.5 billion, a nine-percent increase from the previous year.

Climate finance topped $3.7 billion, up from $2.6 billion in 2015. Cofinancing with public and private partners rose to $13.9 billion. This includes ADB’s first two cofinanced projects with the Asian Infrastructure Investment Bank for roads in Pakistan and a natural gas project in Bangladesh.

ADB, based in Manila, is dedicated to reducing poverty in Asia and the Pacific through inclusive economic growth, environmentally sustainable growth, and regional integration.

Established in 1966, ADB is celebrating 50 years of development partnership in the region. It is owned by 67 members, 48 of which are from the region.