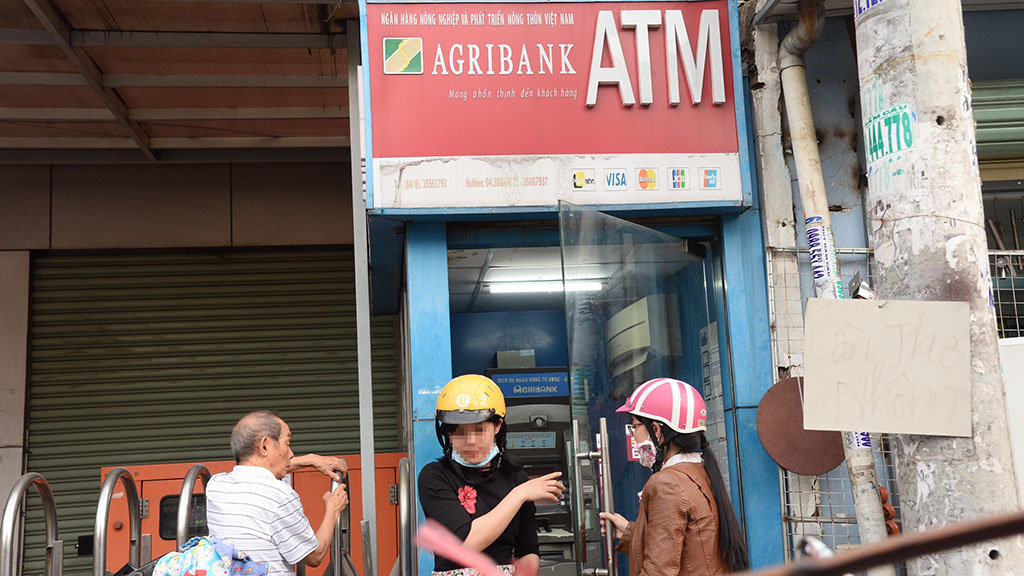 Several banks in Vietnam have decided to stop providing their ATM services at night-time in order to prevent criminals from stealing money from their customers’ accounts.

The policy has been uploaded for public view on the official websites of these lenders.

Although the decision was aimed at ensuring security for customers’ assets, some clients have complained that it had caused them inconvenience.

Binh, a resident of Binh Thanh District, Ho Chi Minh City, who is using services of the Vietnam Bank for Agriculture and Rural Development (Agribank), said he often withdraws money at an ATM booth on No Trang Long Street, which is near his house.

“But the security guard always locks up the booth after 10:00 pm. I though these ATM booths would open around the clock,” Binh continued.

An Agribank representative told Tuoi Tre (Youth) newspaper that the State Bank of Vietnam requires all ATM services to be provided for customers 24/7.

However, the central bank also allows banks to cease the services of ATM booths in certain areas during specific periods, as long as their opening times are listed at the facilities and on the banks’ websites, the representative elaborated.

For example, those ATM stalls set up at buildings and shopping malls will be shut down pursuant to the closing times of these venues.

Some booths that do not fall into this category have their own closing times, 9:00 pm or 10:00 pm, according to Tuoi Tre reporters’ observation.

Only cash machines installed at bank branches are open 24/7, with security guards working around the clock.

According to Nguyen Hoang Minh, deputy director of the State Bank of Vietnam’s Ho Chi Minh City branch, the change is meant to ensure security and combat criminals.

With thieves carrying out increasingly sophisticated activities, police have advised lenders to prepare certain measures to cope with the situation, Minh said.

The central bank will check if local banks follow the correct protocol established for this adjustment, he added.

Tran Quang Thoai, an expert in this field, assessed that several methods to deal with card fraud have caused nuisances for depositors.

To seek understanding from customers, these adjustments should be informed properly, Thoai said.

“All changes should not be carried out too suddenly,” he added.