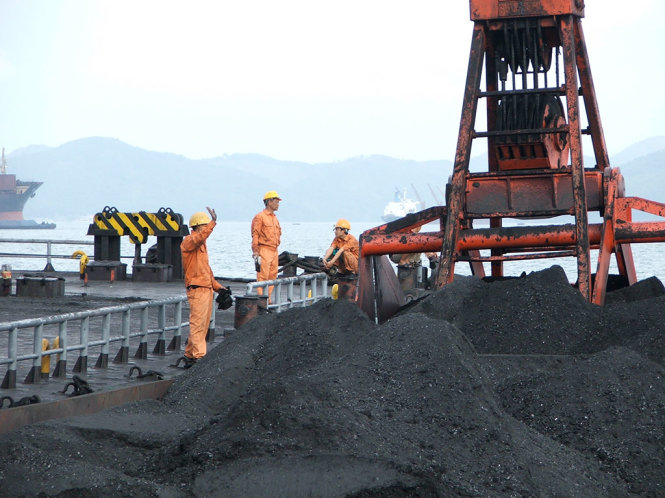 State-run Vinacomin currently has 9.3 million metric tons of coal in unsold stock, and the problem will worsen as one of its biggest buyers, Vietnam Electricity (EVN), has plans to cut its order by two million tons this year.

The coal giant lamented at a meeting with a working team of the government in Hanoi on Monday that the order reduction from EVN could see some 4,000 Vinacomin employees lose their jobs.

Hai also called on the government to issue a policy prioritizing the usage of domestically produced coal plus tax incentives to help the state-run coal company clear its unsold stock.

“Vinacomin should be allowed to export without a quota,” the general director said.

Responding to the cry for help of Vinacomin, Minsiter Dung said that on the one hand, the government would consider suitable policies to help Vinacomin with its huge unsold inventory.

“On the other hand, the company has to exert efforts to enhance its administrative management, reduce production costs and increase its productivity in order to boost economic effectiveness,” the Government Office chairman underlined.

The coal producer is expected to enjoy VND1 trillion ($44.05 million) in profit this year, contributing some VND6.3 trillion ($277.53 million) to the state budget.

Vinacomin has invested a combined VND198 trillion ($8.72 billion) in some 450 projects, with Minister Dung requesting that those investments be reviewed for efficiency.

“Vinacomin should focus on its restructuring process and developing effective business and investment plans to enhance itself,” the minister concluded.