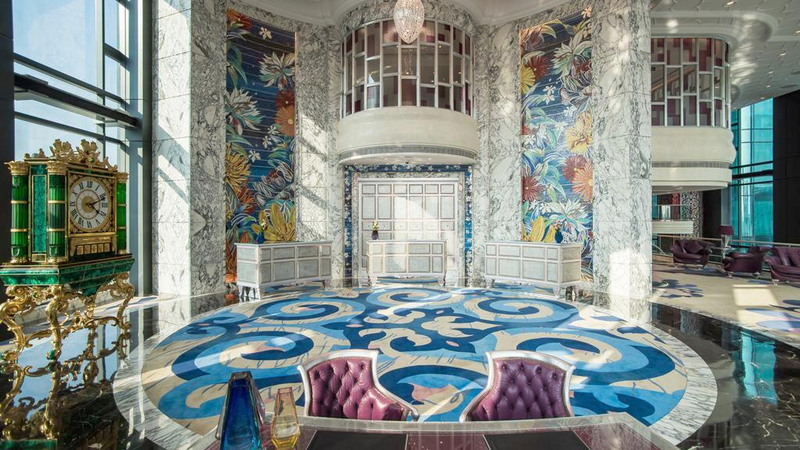 More Vietnamese travelers are staying at four and five-star hotels in Vietnam despite the cost, according to a recent survey on upscale hotels and resorts in the country.

The findings were announced on Tuesday by accounting and consulting firm Grant Thornton Vietnam in their Hotel Survey 2017 report.

The survey has been done annually by the organization for the last 14 years, providing financial, operational and marketing information on a range of Vietnamese hotels.

Within the scope of the firm’s report, ‘hotel’ refers to both hotels and resorts, with the survey covering four and five-star properties across a number of major tourist destinations in Vietnam.

According to Kenneth Atkinson, executive chairman of Grant Thornton Vietnam, international travelers have been the dominant source of business for upscale hotels in Vietnam over the past three years.

Domestic tourism has grown to make up 20.4 percent of the surveyed hotels bookings in 2016, a 2.4-point increase on the previous year.

Looking at annual average room rates by star ranking, four-star hotels went up by 3.8 percent, from an average cost of US$72.30 to around $75.

This rate, however, is still considerably lower than that of 2014, when the average room rate of four-star hotels in Vietnam peaked at average of $87.20.

The rising percentage of Vietnamese who can now afford to stay in luxury hotels demonstrates an improvement in the overall disposable income of the Vietnamese population according to Tao Van Nghe, chairman of Odyssea Hospitality, which runs the Liberty hotel franchise in Vietnam.

The trend is a positive sign for the hospitality industry in Vietnam, which may need to adopt new marketing strategies to target an emerging group of new customers, Nghe asserted.

Upward trends were observed in both the number of tourists visiting Vietnam and tourism revenue last year, growing at a rate of 26 percent and 18.4 percent respectively.

In the first half of 2017, 6.2 million foreign visitors have already arrived in Vietnam, with the country anticipating as many as 11.5 million international tourists by the end of the year.