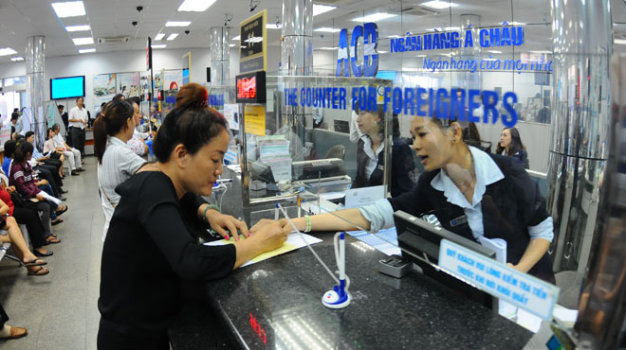 The State Bank of Vietnam is drafting a new circular that will allow non-residents with presence in the country to make deposits in both the Vietnamese dong and foreign currency at local banks without residency requirement.

The central bank is soliciting feedback for the proposal, which will benefit foreign individuals or organizations working and living in Vietnam, even though they have no permanent resident status.

Under the current law, non-residents in Vietnam have to meet strict requirements to be able to save their money at local credit institutions.

For deposits in the Vietnamese dong, foreigners have to provide such documents as work permit, labor contract and salary statement. In the meantime, local banks only accept savings in foreign currency for expats who have lived in Vietnam for at least 12 months and whose visa remains valid.

Under the proposed law, the non-residents will be able to start depositing at local banks using money from their payment accounts.

The relaxed rule will contribute to the country’s policy of encouraging cashless payment and the management over the foreign currency market, according to the central bank. It will help curb the monetary speculation on the market and ensure the legal rights and interest for non-residents that have presence in Vietnam.

Local experts have hailed the proposition, saying that if really implemented, the rule will allow local banks to attract the idle funds from the expat community in Vietnam.

According the draft circular, the non-residential organizations are branches, representative offices, diplomatic agencies and consulates in Vietnam.

The individuals with no residence are foreigners who work for the above entities; those who are on business, healthcare or travel trips in Vietnam; and who stay in the country fewer than 12 months.