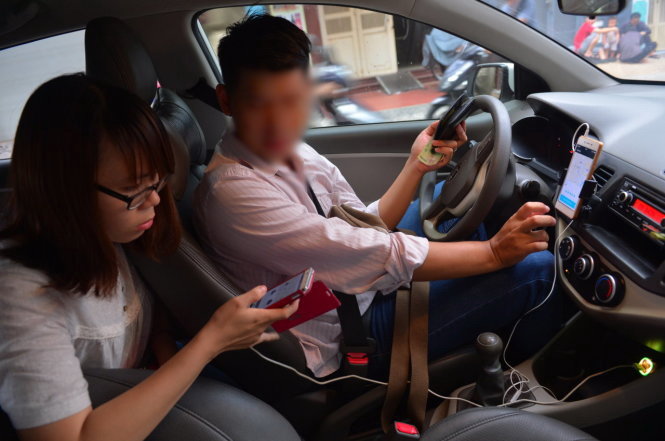 The Hanoi Transport Department has banned ride-hailing apps including Grab and Uber from offering a carpool feature, which allows people to share rides and split the costs, after an order was promulgated by the transport ministry.

Grab Vietnam introduced its carpool service, GrabShare, in early May, while Uber Vietnam has also announced intentions to launch a similar service, UberPool.

The ban comes less than a month after the Ministry of Transport ruled that the fare-splitting option is a violation of current laws.

In Vietnam, Uber and Grab are classified as technology companies that provide passenger transportation services via an electronic contract.

Users and drivers agree upon their trip and the fare via a ‘contract’ made on their respective smartphone apps, rather than through written contracts as per usual passenger transportation services.

According to the transport ministry, the law stipulates that cars operating within this business model are only permitted to sign one contract per trip.

If a GrabCar driver carries two passengers that agree to share their ride with each other, it means he is fulfilling two separate contracts, and therefore in breach of regulations, the ministry explained.

The GrabShare feature has been embraced by passengers and transport experts as a way of mitigating traffic congestion in Ho Chi Minh City, allowing up to three people traveling in the same direction to share one GrabCar, rather than hailing three separate cars.