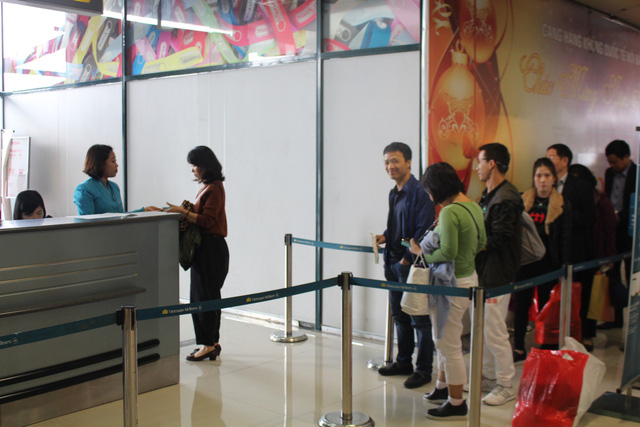 Passengers speak highly of staff at Tan Son Nhat International Airport, but believe amenities such as Wi-Fi and taxi services totally miss the mark, according to a survey by the Vietnam’s aviation watchdog.

A poll of 6,000 passengers conducted by the Civil Aviation Authority of Vietnam between April and September at the country’s three biggest airports in Hanoi, Da Nang, and Ho Chi Minh City asked respondents to rate the airdromes on a set of 25 criteria in seven categories.

Flyers were asked to rate their satisfaction with each service on a five-point scale from weak (1) to excellent (5).

However, the Ho Chi Minh City airdrome was rated worst in terms of “Wi-Fi quality” with only 3.75 points.