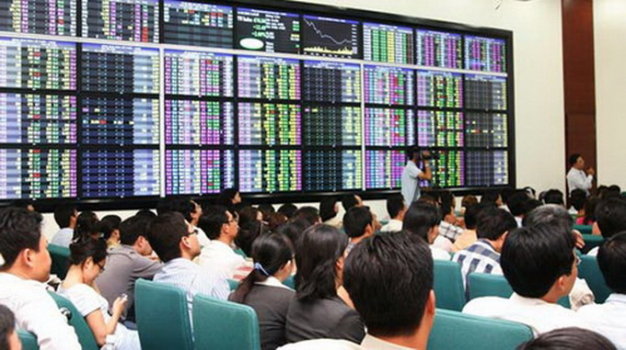 The Vietnam Index rose as much as 1.5 percent in early trade, before declining up to 2.4 percent to a three-week low.

Brewers were the biggest boost with Sabeco and Habeco gaining 6.8 percent and 7 percent, respectively.

A unit of Singapore's Thai Beverage has emerged as the only prospective bidder for state-owned shares in Sabeco that has declared that it could lead to it owning 25 percent or more of Vietnam's biggest brewer.

Oil and gas refiner Petrovietnam Gas Joint Stock Corp  climbed 4.6 percent to a three-year closing high, as Brent crude jumped to its highest since mid-2015 after the shutdown of the Forties North Sea pipeline knocked out significant supply from a market already tightened by OPEC-led production cuts.

Meanwhile, Asian shares took a small step back after three straight sessions of gains, with markets consolidating in the hope an upswing in global growth could outlast a likely hike in U.S. borrowing costs this week.

The Fed is widely expected to raise interest rates at its two-day policy meeting that will end on Wednesday, which could lead to foreign fund outflows from emerging markets.

Among other markets in Southeast Asia, Malaysia climbed 0.6 percent to a four-week closing high, while Thailand declined 0.3 percent.

Philippine shares erased some losses to close down 0.3 percent, hurt by falls in heavyweights SM Investments Corp  and Ayala Corp.

The country's trade deficit widened to a record $2.84 billion in October, while the jobless rate fell to 5 percent, data showed.

The Philippine central bank also heads into a meeting on Thursday, where it is likely to leave its benchmark interest rate steady as inflation remains manageable, but a build-up in price pressures points to monetary tightening in 2018, a Reuters poll showed.