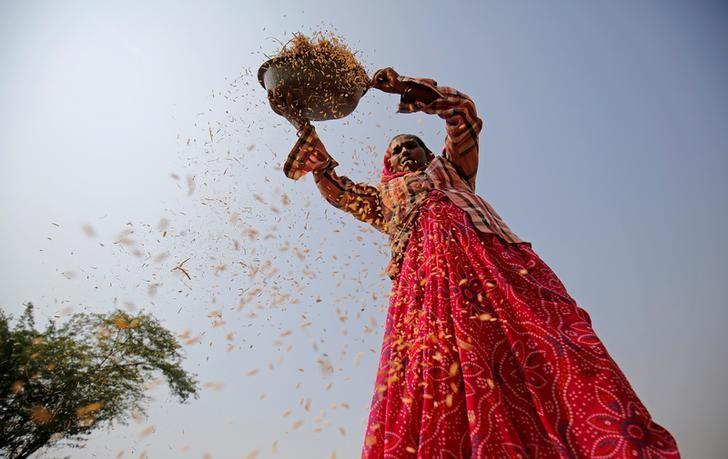 Rice prices gained this week in India as Bangladesh continued to lap up the staple grain from its neighbour, while prospects of deals with the Philippines saw rates climb for the first time in three weeks in a relatively quiet Vietnamese market.

Top exporter India’s 5 percent broken parboiled rice prices rose by about $2 per tonne this week to $423-$427.

Traders from Bangladesh are aggressively buying new-season crop since prices in Bangladesh are still elevated, said an exporter based in Kakinada in the southern state of Andhra Pradesh.

India’s rice exports likely jumped 22 percent in 2017 to a record 12.3 million tonnes as Bangladesh ramped up purchases after flooding damaged its crops.

As of the end of December, farmers in India had cultivated winter-sown rice on 1.88 million hectares, 44 percent higher than a year earlier.

Prices were also higher in another major Asian exporter, Thailand, with the country’s benchmark 5 percent broken rice gaining to $395-$410, free-on-board (FOB) Bangkok, from $393-$396 last week on an appreciating baht and lower supplies.

The baht has gained 1.6 percent versus the U.S. dollar so far this year and been Asia’s best-performing currency.

“Rice prices have increased due to a stronger baht, lower supplies due to the effects of floods, as well as a recent 200,000-tonne export deal with Indonesia,” a Bangkok-based rice trader said.

The Ministry of Commerce forecast Thailand to export 9.5 million tonnes of rice, worth $4.7 billion, in 2018.

“I think this target is achievable. It’s lower than last year’s record figure of over 11 million tonnes probably due to a stronger Thai baht and bad weather conditions affecting supplies,” said another trader based in Bangkok, adding, “Demand has remained fairly constant.”

Thai prices are likely to be on an upward trend over the next few weeks, traders said.

In Vietnam, benchmark 5 percent broken rice rose to $400 a tonne, FOB Saigon, ending a three-week flat trend within the $390-$395 range, and boosted by prospects of deals with the Philippines, traders said.

“Prices edged up on market talk that the Philippines would invite tenders to buy 250,000 tonnes at the end of January,” a trader in Ho Chi Minh City said.

However, trading remained thin due to depleted stocks in the world’s third-largest rice exporter, while Vietnam’s major winter-spring crop would be ready only by the end of February, traders said.

Vietnam plans to sell close to a 23 percent stake in the country’s main rice exporter Vinafood II through an initial public offering.