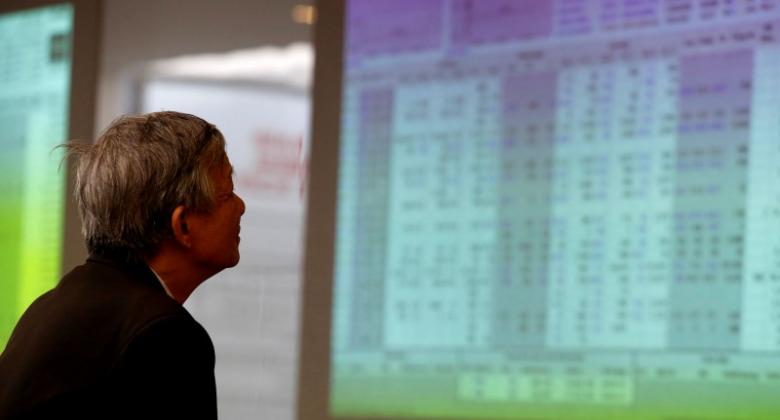 Most Southeast Asian stock markets finished higher on Monday tracking U.S. stocks which gained more than 1 percent in the previous session, restoring some confidence in investors.

DBS Group Holdings Ltd rose 2.3 percent and was the biggest gainer on the index.

A Reuters poll on Monday predicted quarter-on-quarter growth at 2 percent in the October-December period on a seasonally adjusted and annualised basis, slowing from the 2.8 percent preliminary figure.

The biggest gainer on the index was Telekom Malaysia Bhd , up 3.7 percent to a one-week closing high.

Malaysia's economy grew more slowly in the last quarter of 2017 than the blistering pace set in July-September, a Reuters poll showed.

Thai shares gained 0.7 percent with energy and utilities accounting for most of the gains.

Philippine shares, however, ended lower for a third straight session, down 0.2 percent, dragged by consumer discretionary and real estate stocks.

Jollibee Foods Corp dropped 3.1 percent and was the biggest loser on the index while real estate business Ayala Land Inc closed down 0.9 percent.