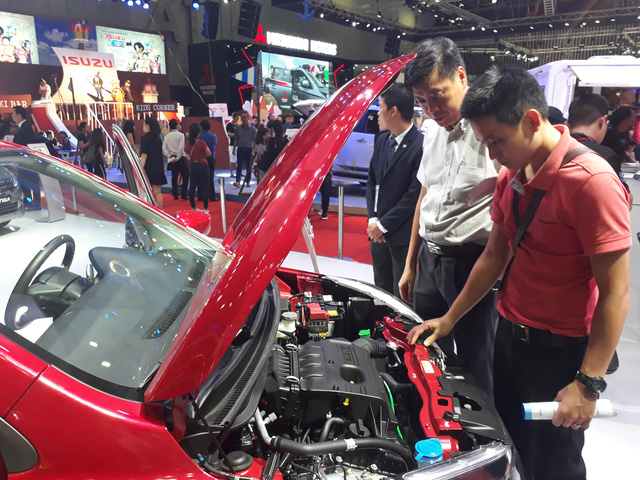 Several car companies in Vietnam have imported or been prepared to import a large number of cars despite their protestation that a regulation imposed by the Vietnamese government has militated against the purchase of such vehicles from abroad.

In recent times domestic car-trading businesses have suggested that Vietnam lift barriers or relax conditions to import cars mentioned in Decree 116/2017/ND-CP, which was introduced in October 2017 and has been effective since early January 2018.

According to the law, an automobile import company must fulfill different strict requirements, like the presentation of documents with vehicle type approval (VTA) by a relevant foreign authority, a quality check of each patch of imported cars, and construction of roads for car tests.

Honda Vietnam, a major motor vehicle importer in Vietnam, unexpectedly brought to the country more than 2,000 cars from the neighboring country of Thailand on March 1.

Of note, this is the first group of such automobiles to be imported duty-free from other countries in the Association of South East Asian Nations (ASEAN), with which Vietnam as a member signed a low-tariff agreement earlier.

Customers have to wait for one or two months for the vehicles to be tested before being rolled out.

Vietnam’s Ministry of Transport has verified that the VTA certificates likely to be granted to the batch by a Thai road management agency conform with the above decree.

Another large enterprise, Ford Vietnam, said that it has been working with American and Thai automobile manufacturers to obtain their VTA documents, which the Vietnamese ministry said also comply with a condition in the decree.

The company said it needs to consider the number of cars this time, for it is not familiar with the procedure associated with the decision.