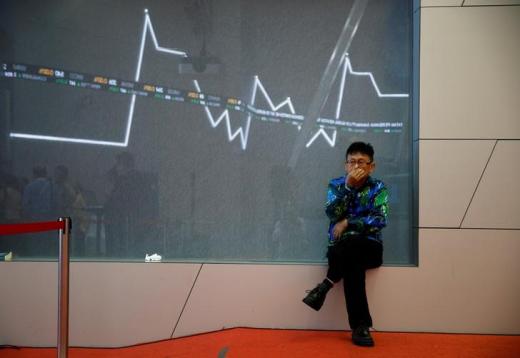 Most Southeast Asian stock markets rose on Thursday, with the Philippines bouncing back from steep losses and Vietnam scaling an all-time peak, as the U.S. Federal Reserve's rate outlook for 2018 was seen as less hawkish than expected.

The country has experienced significant foreign fund outflows over the past few weeks, with the benchmark down about 6.6 percent year-to-date.

The Philippine central bank is expected to leave its benchmark rate steady at its monetary policy meeting on Thursday, on optimism that annual inflation would ease back to its target range next year, a Reuters poll showed on Tuesday.

The Fed maintaining its outlook for a total of three rate increases for the year helps retain the allure of higher yielding assets in emerging markets.

Indonesian shares gained 0.4 percent, helped by gains across the board. Telecom services stocks and materials contributed the most to the benchmark, which broke a six-session losing streak on Wednesday.

Telekomunikasi Indonesia was the top contributor, rising as much as 1.4 percent to recoup some of its losses last week.

The index of the country's 45 most liquid stocks added 0.4 percent.

Vietnam shares rose 1.6 percent to a record, led by gains in consumer staples and utilities. Seafood processing firm Vinh Hoan Corp was up as much as 3.4 percent.