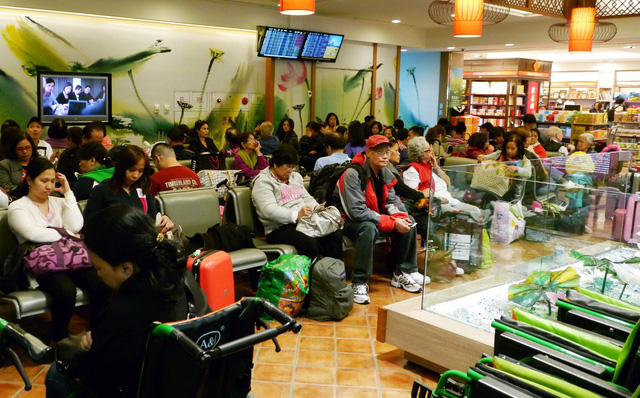 U.S. aviation authorities have remained silent on a request to continue its technical review to see if Vietnam meets requirements to start launching the long-awaited direct flight between the two countries, a top Vietnamese aviation official complained.

An International Aviation Safety Assessment (IASA) assessment provided by the U.S. Federal Aviation Administration (FAA) is a crucial requisite for Vietnam to open a nonstop service to the U.S.

In 2013, FAA conducted its first technical review on the preparations by the Vietnam Civil Aviation Authority (CAAV), and recommended that as many as 47 issues be fixed or improved.

This is great news for Vietnam’s aviation authorities as all of the remaining issues are not crucial and systematic ones, Cuong underlined.

Encouraged by these improved results, the CAAV called on the FAA in mid-January to carry out its next technical review within the first quarter of this year, but the request remained unanswered as of the end of Friday.

“The FAA has yet to confirm any plan to conduct the IASA technical review for Vietnam despite our readiness,” Cuong said.

The FFA-backed IASA program assesses the civil aviation authority (CAA) of any country that has carriers flying to the States.

An IASA assessment determines if the foreign CAA provides sufficient oversight on carriers that operate in the U.S., and in accordance with international standards developed by the International Civil Aviation Organization (ICAO).

A qualified CAA is granted a Category 1 rating, whereas those who do not meet the standards are given a Category 2 rating.

At present the CAAV remains a Category 2 CAA, meaning a nonstop Vietnam-U.S. flight will not be launched until the Vietnamese aviation watchdog achieves a higher rating.

The lack of a direct flight means passengers have to transit at a third country, extending the time of travel by three to six hours, when they want to travel between the two countries by air.

Duong Tri Thanh, CEO of Vietnam Airlines, said if the CAAV can obtain the Category 1 rating, the national flag carrier can launch a nonstop flight to the U.S. as early as the beginning of 2019.

Thanh noted however that the rating is only one of the three crucial factors for the direct service to be launched. A carrier must also be approved by U.S. authorities and meet the country’s security high standards to start flying to the States, he elaborated.

Vietnam Airlines have held multiple working sessions with the American aviation authorities and has already met requirements to launch a service there, he added.

“We hope that the FAA will give the Category 1 rating to Vietnam within 2018,” he said.

He acknowledged that it may take two to three years to fulfill the last requirement – security.

“The U.S. will have to examine security abilities of the Vietnam’s aviation sector as well as Vietnamese airlines,” he explained.