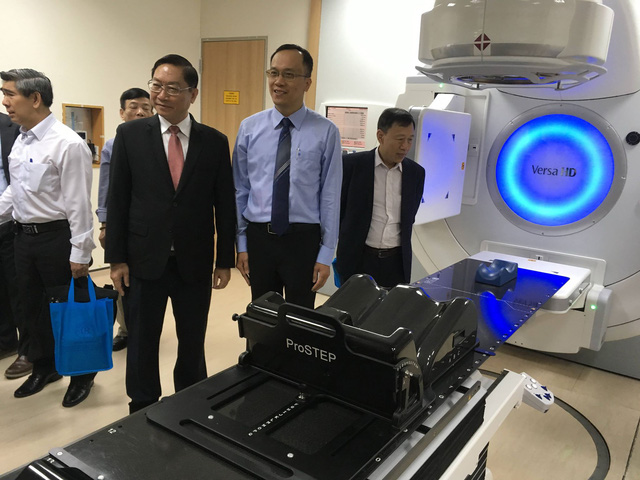 Cho Ray Hospital has begun using VERSA HD, the hitherto most modern piece of equipment in Vietnam integrating radiation-based therapy and surgery as its prominent feature.

The machine enjoys great accuracy in forming a beam of radiation targeting an infected area inside the body, positioning the patient and visualizing tumors.

It can deal with cancer related to the liver, lungs, stomach, breasts, and colon, and reduce side-effects from radiotherapy usually caused by its predecessors.

Adopting VERSA HD makes the hospital a trailblazer in deploying various radiotherapy and radiosurgery techniques allowed by the system for the first time nationwide.

Nguyen Truong Son, the infirmary’s director, said that the number of cancer patients in Vietnam tends to rise, with around 150,000 new diagnoses and 75,000 deaths from it every year.

The proportions of successful treatment of cancer stay around 40 percent for men and 33 percent for women in Vietnam, because the condition is mainly found in its advanced stages.