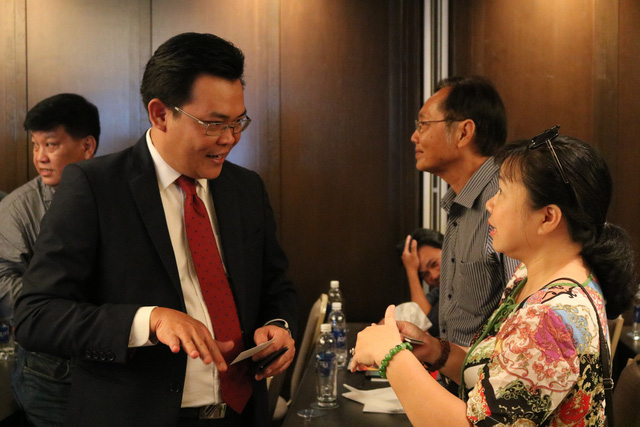 Malaysia has invited Vietnam to join its large global event on commerce in a move to support the increased presence of Vietnamese firms in its predominantly Muslim market.

The Consulate General of Malaysia in Vietnam has asked for Vietnam’s attendance at the Selangor International Business Summit 2018, to be held in September in Selangor, Malaysia’s most developed state considered an ideal location for investment.

The consulate promised to offer favorable conditions in terms of cost to Vietnamese enterprises interested in cooperating with Malaysia.

“The summit is a chance for Vietnamese firms to lift their value of exports to Malaysia, hence gaining access to the Muslim market which accounts for one-fourth of the world’s population, by means of recognized standards and certificates,” Faizad Izany Mastor, a Ho Chi Minh City-based representative from Matrade – the national trade promotion agency of Malaysia – said Monday.

He clarified that an important gateway to the market is Halal certificates, official documents showing that food items are permissible to consume under Islamic law.

Malaysian Consul Sofian Akmal Abd. Karim said that bilateral trade between Malaysia and Vietnam can potentially exceed US$15 billion by 2020, with the current Malaysia-to-Vietnam export standing at over $190 million and the value for the opposite direction at $65 million.

The Selangor International Business Summit 2018 consists of three key components: an exposition of food and beverages, a business conference, and a smart city and digital economy convention with different sideline activities.

The last component, which is predicted to attract over 50 start-ups and 5,000 professionals, represents an opportunity for start-ups in information technology and e-commerce to seek financial assistance.

The summit is expected to receive 25,000 participants, and feature nearly 1,000 booths from world-renowned companies such as Nestlé, AEON, and Fraser and Neave.