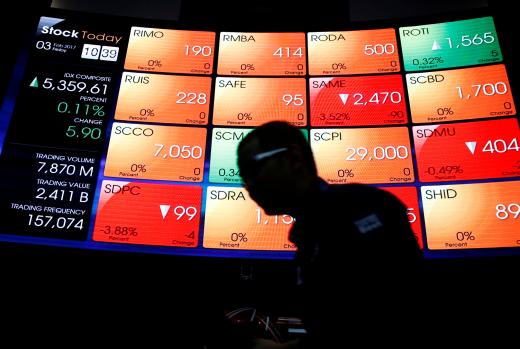 The country's index of 45 most liquid stocks dropped 3.6 percent in the session.

The rupiah has depreciated nearly 5 percent against the U.S. dollar since late January as a broad rally in the greenback triggered capital outflows. The country's central bank intervened by buying sovereign bonds and selling foreign currency to arrest the rupiah's fall.

"It's a tricky situation for the government and the central bank as they have to contemplate whether to focus on growth or stability," said Taye Shim, head of research at Mirae Asset Sekuritas.

Vietnam stocks plummeted 3.3 percent to their lowest close in more than two months as financials and utilities weighed on the benchmark. Petrovietnam Gas Joint Stock Corp was the biggest drag on the index, falling as much as 7 percent, its biggest intraday drop in over two years.