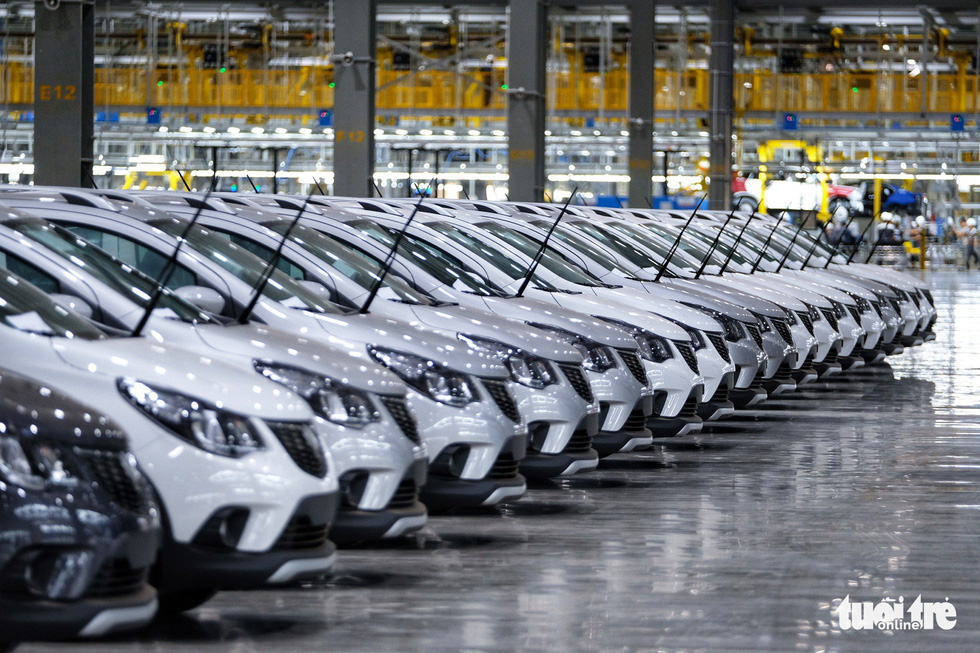 Vietnam's first homegrown car to be delivered in days

Vietnam's homegrown carmaker VinFast will deliver its first cars on June 17, the company said Friday as it showcased a factory in one of Asia's fastest growing economies.

VinFast said it will supply a domestic market that is rapidly expanding thanks to a mushrooming middle class with a growing appetite for cars -- though it will face stiff competition from well-established players like Toyota and Ford.

The carmaker is a subsidiary of Vietnam's largest private conglomerate, Vingroup, which is owned by the country's richest man.

It is seeking to tap into national pride with vehicles that include sedan and SUV models, along with e-scooters and even electric buses.

"In less than 72 hours, the first Vietnamese branded cars will officially be driven on the streets of Vietnam," said Vingroup director general Nguyen Viet Quang.

Quang -- speaking at the sprawling factory in Hai Phong where rows of red, white and grey cars were being assembled -- said the company has received orders for 10,000 cars and "tens of thousands" of e-scooters.

"Vietnamese are able to do what the world can," PM Nguyen Xuan Phuc said.

The country has said it hopes to move into value-added and high-tech manufacturing like more developed neighbors like South Korea and Japan.

Vietnam currently assembles foreign-branded cars for a growing domestic market: auto sales are up 22 percent year-on-year over the past five months, according to Vietnam Automobile Manufacturers' Association.

CEO Vuong is worth an estimated $7.7 billion, according to Forbes.