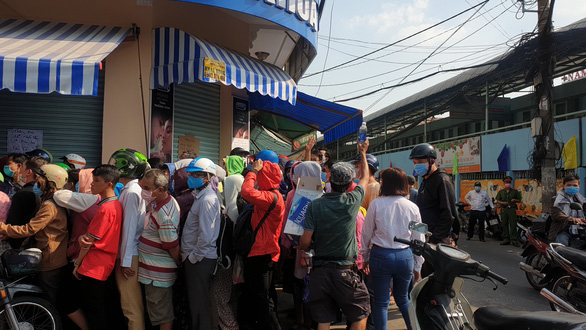 More than 36 metric tons of face masks have recently been exported to three countries hit by the novel coronavirus via Tan Son Nhat International Airport in Ho Chi Minh City, according to customs figures.

The customs unit at the airport said that it had cleared over 36 metric tons of face masks for export from January 30 to February 4.

Most of the face masks were shipped to China, whose city Wuhan has been the epicenter of the new coronavirus outbreak since December 2019, while the remaining came to Singapore and Malaysia, where dozens of cases have been confirmed.

Over 44,000 people have been infected by the virus in mainland China, with nearly 4,000 fully recovering and over 1,100 killed.

Singapore has announced 47 positive cases while the number has reached 18 in Malaysia.

Face masks are believed to help in restricting the spread of the virus although the World Health Organization has persisted that their use alone is of little effect.

The Vietnamese Ministry of Finance has suggested controlling face mask and hand sanitizer prices amid the viral outbreak in Vietnam, which has confirmed 15 infections so far, six of whom have been discharged clear of the virus from the hospital.

Vietnam has waived import duty on face masks and materials to produce them, hand sanitizers, and other medical equipment to curb the outbreak, according to the ministry.

The finance ministry has recommended that the central government direct the Ministry of Health to look for imports of face masks, as Vietnam will continue fighting this virus in the coming time.

Exporting face masks is normal when the country is integrating with the global community, Dr. Dinh Trong Thinh, of the Academy of Finance in Hanoi, told Tuoi Tre (Youth) newspaper.

But the exportation of the 36 metric tons of face masks should have been considered more carefully given an outbreak in Vietnam, he added, pointing out that citizens in many provinces and cities have been unable to buy face masks or could purchase them only at exorbitant prices because of short supply.

Face mask prices should thus be controlled, particularly in the localities where positive cases have been detected, Dr. Thinh said.

“Companies should declare the cost to produce face masks to price regulators so that authorities can make sure the products won’t be sold at hefty rates to consumers,” he suggested.