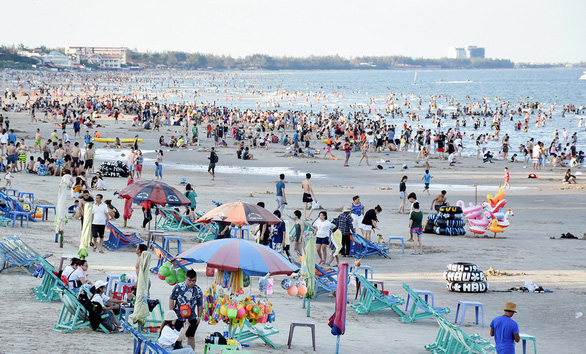 The campaign is introduced as the domestic market is regarded as the primary driver for the recovery of Vietnam’s tourism industry from the crushing impacts of the pandemic.

Named ‘Vietnamese people travel to Vietnamese destinations,’ the campaign is aimed at promoting tourism destinations in the country, create new attractive tourism products and high-quality tourism services for local residents via the implementation of diverse tourism stimulus packages, and discounts and promotions offered and committed by enterprises in the industry.

Under the campaign, people will be widely informed about the reopening of tourism destinations and their safety.

Meanwhile, the tourism ministry has requested the administrations in provinces and cities to offer support in the form of discounts on admission charges to local attractions.

Airlines and tourist passenger transport businesses are asked to slash ticket prices and, together with tour operators, build and offer travel packages at preferential prices.

According to Nguyen Huu Tho, chairman of the Vietnam Tourism Association, the new campaign is different from previous tourism stimulus programs, which were regionally and locally-centered.

“Through this campaign, people will get to know which tours are being offered at cheap prices or which destinations are welcoming them with many incentives,” said Dinh Ngoc Duc, head of the tourism markets department under the Vietnam National Administration of Tourism (VNAT).

He added that there has been a lack of such information following the COVID-19 social distancing period.

At the same time, VNAT hopes that the campaign will help tourism enterprises reach consistency in their advertisements and tour organization, Duc said.

“We reopen together and adhere to COVID-19 safety measures” is the key message VNAT hopes localities can convey to customers to win their trust, Duc said.

In fact, before the launch of the ‘Vietnamese people travel to Vietnamese destinations’ campaign, many travel agencies have since the beginning of May been promoting their domestic travel tours by offering discounted air tickets and car rentals.

Earlier, the Ho Chi Minh City Tourism Association had reached out to authorities in 40 provinces and cities and businesses operating in aviation, rail, road, and waterway transportation and services sectors to organize its own tourism stimulus program since the end of February, according to the association’s vice-chairwoman Nguyen Thi Khanh.

Participating enterprises have been offering discounts of 30-40 percent on tour prices and up to 50 percent on service charges, Khanh said.

Likewise, the Department of Tourism in the southern province of Ba Ria – Vung Tau is about to put forward to the provincial People’s Committee a proposal to allow tourism enterprises to offer discounts at 30-70 percent and cut admission charges to local tourism attractions by half, according to the department’s director Trinh Hang.

Vietnam has logged only 20 imported cases who are returnees from abroad and no community spread over the past 25 days.

The nation underwent 15 days of social distancing from April 1 to 15, which was extended in some localities until the end of April 22.

During this period, all attractions and entertainment facilities were shuttered while passenger transportation services were requested to cease operation.

Social distancing measures have been gradually relaxed across the country, with tourism activities having been resumed for two weeks.

The recovery has been hampered by the cancelation of international flights and travel warnings in place since March.

Vietnam has barred entry to all foreigners since March 18 and banned international flights from March 22.