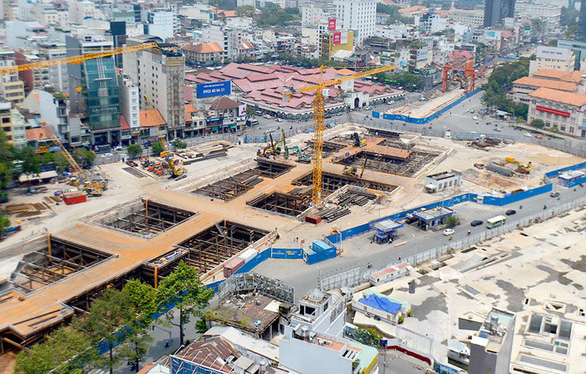 Vietnam will cancel a US$390 million loan from the Asian Development Bank (ADB) to build the second metro line in Ho Chi Minh City, which was granted as per an agreement signed between the State Bank of Vietnam and the ADB in 2013.

The cancelation was proposed by the Ministry of Finance and approved by Deputy Prime Minister Pham Binh Minh.

The $390 million amount was part of a $540 million loan given by the ADB for the total investment for the second line of Ho Chi Minh City’s metro project — estimated to cost nearly $2.09 billion.

In March 2013, the ADB granted $40 million out of the $540 million amount for the preparatory works, including studies, surveys and designs, of the project.

Vietnam also signed two other agreements to take out a $313 million loan from KfW — a German government-owned development bank, and a $195 million borrowing from the European Investment Bank.

Deputy PM Minh asked the finance ministry to work with the ADB to reach a consensus on the early cancelation of the $390 million loan, while the People’s Committee of Ho Chi Minh City was tasked with preparing a budget to pay the costs related to the early cancelation.

Ho Chi Minh City will also be responsible for offsetting the canceled amount by mobilizing capital from other sources while reviewing and evaluating the feasibility and progress of the project, ensuring that its implementation is up to speed, and avoiding paying commitment fees for capital loans only to cancel them, which can reduce the efficiency of such loans.

The project, approved in 2010, has been repeatedly delayed due to sluggish ground clearance and problems with capital disbursement.

Ho Chi Minh City is urgently wrapping up the project’s site clearance so that its construction can commence in October.

Meanwhile, the city’s first metro line, which connects Ben Thanh Terminal in District 1 with an extension to the New Mien Dong (Eastern) Bus Terminal, has neared completion as about 85 percent of the project is expected to be finished this year.

The metro line is slated to come on stream in late 2021.