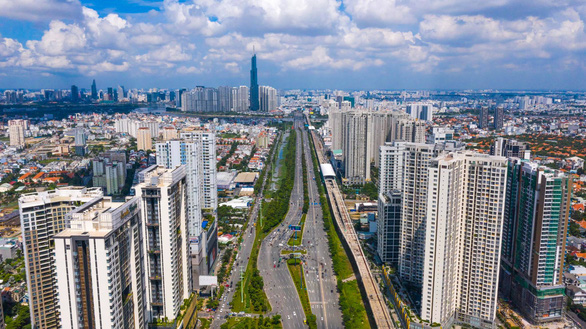 Vietnam has had its nation brand value surge the fastest this year, bucking a global downward trend as countries negotiate the devastating COVID-19 pandemic, according to a report by the UK’s brand valuation consultancy Brand Finance.

“Vietnam is the fastest-growing nation brand in this year’s ranking, its brand value skyrocketing 29 percent to US$319 billion,” Brand Finance said in its Nation Brands 2020 report.

The Southeast Asian country thus leaped nine notches to 33rd in the top 100 most valuable nation brands in the world.

Vietnam has climbed the nation brand rankings over the past four years following positive forecasts of GDP growth as well as government efforts to reform business environments, improve export-import track records, and support brands and companies.

“Vietnam, which has recorded staggeringly low COVID-19 cases and deaths, has emerged as one of the top locations within the Southeast Asian region for manufacturing, and has become an increasingly attractive destination for investors – particularly from the US – that are looking to relocate their China operations following the fallout from the U.S.-China trade war,” the report said.

“Recent trade deals with the EU are supporting the growth of the nation further.”

Vietnam ranked 57th in the stable and robust economic growth category and now stands among the few countries the International Monetary Fund projects to achieve GDP expansion in 2020.

The year 2020 has put the nations of the world to the test – from the economic impacts of COVID-19 on their GDP forecasts, inflation rates, and general economic uncertainty, to diminished long term prospects, Brand Finance said in their annual report.

“The top 100 most valuable nation brands in the world have suffered a monumental loss to their brand value because of the COVID-19 pandemic, amounting to $13.1 trillion," it said.

“Brand Finance estimates that the total brand value of the top 100 nation brands dropped from $98.0 trillion in 2019 to $84.9 trillion in 2020, with almost every nation feeling a significant impact of the health crisis on their respective economies.”

China is trailing closely behind the long-standing leader U.S., with their brand values reaching $18.8 trillion (down four percent) and $23.7 trillion (down 14 percent), respectively.

“Relations between the two forerunners remain particularly fragile because of the U.S.-China trade war that has consumed both economies over the past few years,” Brand Finance remarked.

Japan has recorded a modest six percent brand value loss to $4.3 trillion, claiming the third spot in the 2020 ranking, down one notch against last year’s.

Established in 1996, London-headquartered Brand Finance is an independent brand valuation and strategy consultancy, according to its website.

The company’s brand valuation is often published on BBC, CNN, CNBC, Bloomberg, The Economist, The Wall Street Journal, and others.