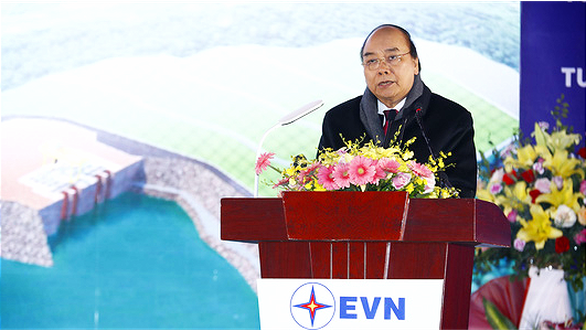 The VND9.2 trillion (US$394.6 million) project involves the construction of two new turbines with a total capacity of 480MW and electricity output of about 488.3 million KWh per year.

Of the total investment, 30 percent is arranged by the Vietnam Electricity Group (EVN) and the remaining 70 percent comes from commercial loans without a government guarantee.

Once completed by 2024, the expanded Hoa Binh Hydropower Plant will have a total capacity of 2,400MW, equivalent to that of the Son La Hydropower Plant – currently the biggest power station in Vietnam.

Built in the Da River basin in the northern mountainous province of Hoa Binh, at the time of its conception in 1979, Hoa Binh was the largest hydropower plant in Southeast Asia.

The construction was supported by the Soviet Union, now Russia, through designing, supplying equipment, supervising, and helping it go on stream.

The plant is in stable operation with an annual electricity output of nearly 10 billion kWh, making considerable contributions to the national electricity system and the provincial budget.

After the expanded project is completed, the aforesaid power plants with a total capacity of 6,000 MW will account for 30 percent of the nation’s electricity output.

PM Phuc took the occasion to pay tribute to the great efforts and sacrifices of the 168 officers and engineers, including 11 Soviet experts who lost their lives during the construction of the power plant.

The government chief also praised the great efforts of the electricity sector in increasing power output and capacity, raising the country’s electricity access rate in rural areas to 99.3 percent.

Over the past six years, Vietnam’s access-to-electricity index has jumped 129 places to 27th out of 190 countries and territories, he added.

Phuc stressed the need to ensure absolute and long-term safety and sustainable development throughout the construction and operation of the expanded power plant.